Statement in condemnation of draft Law nº 191/20, on the exploration of natural resources on indigenous lands 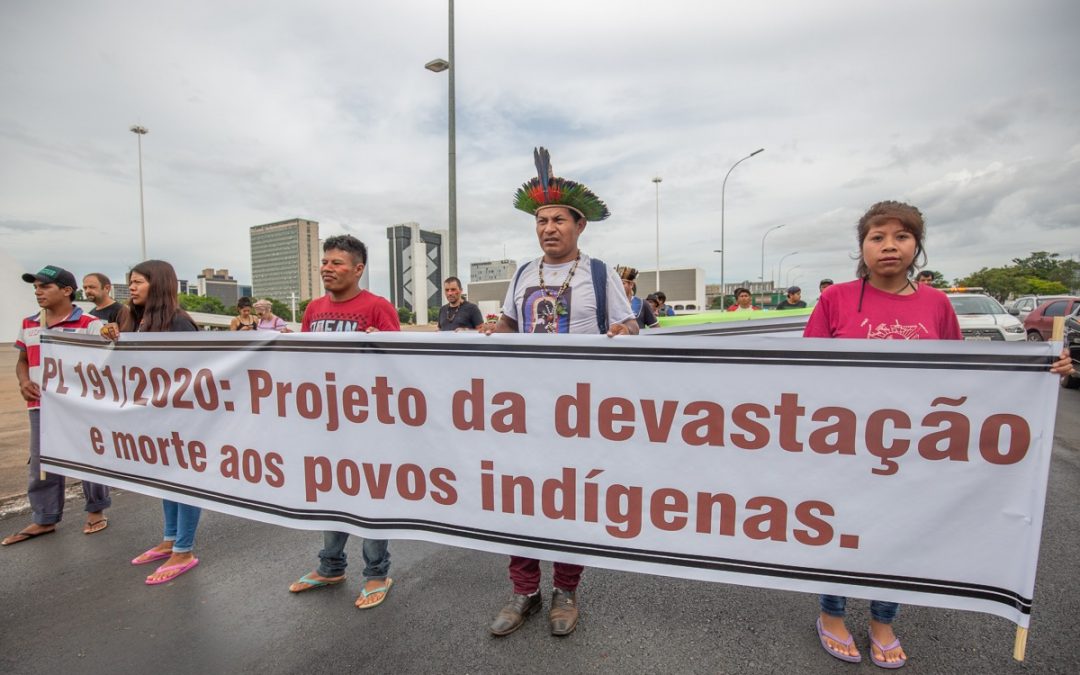 The undersigned organizations – representing indigenous peoples, anthropologists, social, environmental and human rights defenders – that make up the National Indigenous Mobilization (MNI) network express their categorical rejection of Bill No. 191/20, submitted by the President of the Republic, Jair Bolsonaro, to the Federal Congress on February 6 of this year. The bill purports to regulate research into and exploration of mineral resources, hydrocarbons, and hydroelectric power on indigenous lands. The bill fulfills many of this President’s twisted dreams. Since being inaugurated he has defended the economic exploitation of indigenous territories, a policy that represents a nightmare scenario for indigenous peoples.

Once again Bolsonaro has shown his disrepect for democracy, the rule of law, human rights, the Federal Constitution, and international treaties recognizing indigenous rights that Brazil has historically respected. Bill 191/20, recently submitted to the Chamber of Deputies, proposes to open up indigenous territories to the exploitation of minerals, water resources and even agriculture. The law’s proponents claim they merely wish to fulfill the Brazilian Constitution, which clearly expresses the federal government’s duty to protect indigenous territories.

Indeed, the project proposes to move indigenous peoples from a state of sovereignty to a state of guardianship, in which they no longer make decisions over how to manage their territory. Instead, the President could move forward with economic development projects on indigenous territories by submitting the action to a purely procedural “consultation.” It also hands the administration of financial resources over to an advisory council that may consist of only three indigenous people and that will be able to decide on its own which groups legitimately represent the interests of affected indigenous communities.

This bill is authoritarian, neocolonial, violent, racist, and genocidal, especially with regard to voluntarily isolated and recently contacted indigenous peoples. The bill resumes an ethnocidal and genocidal perspective against indigenous peoples, contrary to what the Federal Constitution advocates in Articles 231 and 232, because, in addition to eliminating protective policies, it alters the status of currently recognized indigenous territories and points in the direction of no longer recognizing any new indigenous territories. Such policies also contradict various international treaties that Brazil is a party to. We express our utter repudiation and dissent with regard to this bill and its unpredictable impacts. We are united in struggle with the Indigenous Peoples of Brazil in defense of the full extent of their rights as the original inhabitants of this country.