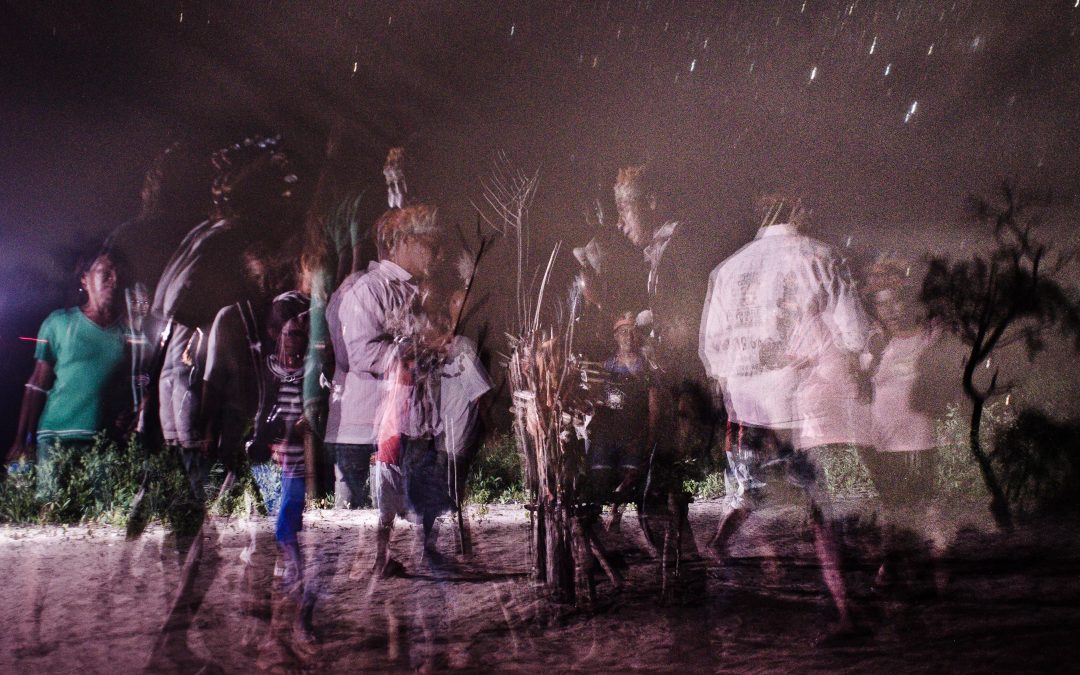 Mother Earth faces dark days. The world is going through its biggest social, economic and political crisis caused by the covid-19 pandemic, which just affects human beings, putting humanity in deep reflection and in resistance for the preservation of life. We indigenous peoples, just like non-indigenous people, also suffer from and are victimized by this virus that has already claimed thousands of lives on the planet.

It is time to reflect on our way of life until now. The various environmental crises such as global warming and intensive deforestation were the harbinger of what we are experiencing today, they were the warnings of mother earth that our way of existing needs be rethought and now we must practice solidarity.

For Brazil and the world, this viral war may be new, but for us Indigenous peoples it is not. We know it already because we were victims of such diseases that were used as strategies during the invasion of Brazil to exterminate our peoples, our identity and our way of life.

In Brazil we are going through difficult days, of great sadness and several crises. There have already been more than 10 thousand lives lost, including 64 indigenous victims, whose stories were cut short due to the deep neglect and absence of public policies capable of ensuring the preservation of those lives.

The ongoing political crisis in Brazil, in addition to accentuating the shadows over our democratic system, shows the cruel face of fascism in motion, dividing the country into two poles; those who defend lives; and the unfortunate side of those who defend only the economic system, the large landowners and the land grabbing that are the historical basis of racism and provider of social and economic inequalities.

This wing is responsible for the spread of fascism and authoritarianism underway in Brazil; defending only the genocidal elites, it leaves clear its institutional racism. For this, they use the strategy of underreporting to downplay the impacts of this health crisis that heavily affects indigenous populations and the Brazilian people.

There are several bureaucracies established to question the self-declaration of indigenous peoples, such as in the case of the Kokama of the Amazon region who were questioned as to whether they were in fact indigenous and were demanded to present their RANI, that is, their indigenous identity documentation. What’s more, other peoples have been denied access to basic food provision, such as the Kaingang, who, when claiming these benefits, were told they needed to prove not only their real need, but also their identity as a people, compromising their food security and their social isolation.

It is clear that the Brazilian State creates barriers to prevent indigenous peoples from having their rights guaranteed and that it deliberately promotes a policy of social cleansing through its tactic of underreporting.

The starvation of Sesai (Special Secretariat for Indigenous Health), deliberately promoted by the Bolsonaro government with its gradual dismantling, only reinforces its genocidal and social cleansing nature. Since its inception, there has been a clear attempt to extinguish Sesai, from the model for hiring indigenous health professionals, to the weakening of social control by dissolving the Forum of Presidents of Indigenous Health District Councils (Condisi) and budget cuts. In other words, measures that express the determination to dismantle the differentiated indigenous health policy.

Throughout Brazil there are more than 30 ethnic groups impacted by fatalities from covid-19, of whom the majority are elderly, who are our living treasures, our source of ancestral and cultural continuity.

The attitude of suspending the demarcation of indigenous lands, the weakening of FUNAI’s constitutional powers through IN 09/2020, militarization under the command of environmental control bodies through Decree 10.341 / 2020, the attacks on the Atlantic Forest promoted by the Minister of the Environment, the advancement of illegal mining and the actions of rural militias who cause fires and illegal invasions in the Amazon, goaded by this government, are factors that directly contribute to the fragility in indigenous territories and are responsible for the intensification of land conflicts in the country. These measures have increased deforestation in the Amazon and left our biodiversity vulnerable across the country.

There are several difficulties to be measured in the fight against covid-19: scarcity of drinking water in indigenous territories to guarantee sanitary measures as recommended by the World Health Organization; transport for the most serious cases due to Covid-19 infection; travel to urban areas to get emergency aid; respect for health recommendations by agencies when dealing with indigenous people; adequate accommodation in Support Houses for Indigenous Health (Casais) and others …

There are many challenges in the face of the enormous humanitarian crisis facing civilization. To this end, we remain firm, as our ancestors did, who for more than 520 years have resisted, fighting, whether for the right to territory, to overcome dictates of the dictatorship, as well as other epidemics, the landowners’ bullets or the lengthy attempt to make our cultures and ways of life invisible.

In times of pandemic, the collective struggle and solidarity that has rekindled in the world will only be complete with indigenous peoples, as the cure will not only be in the principle of action, but in the activation of our human principles.

Coalition of Indigenous Peoples of Brazil (APIB)
Brazil, May 9th 2020.