UNION AND FIGHT OF INDIGENOUS PEOPLES AGAINST VIRUSES THAT KILL US 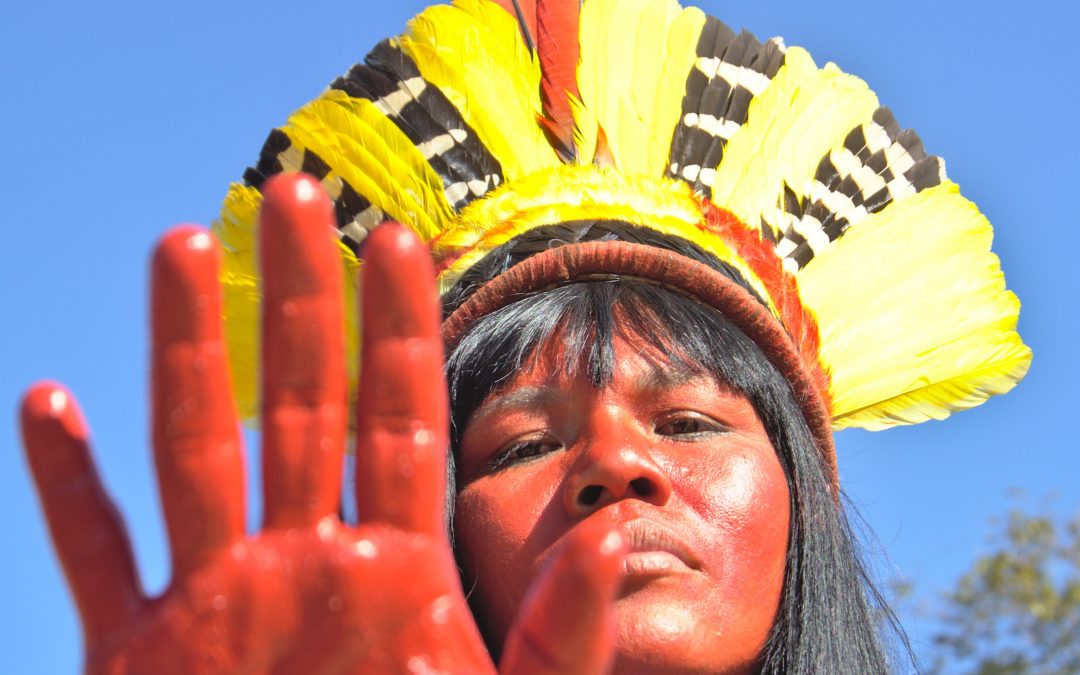 UNION AND FIGHT OF INDIGENOUS PEOPLES AGAINST VIRUSES THAT KILL US

520 years ago, the European invasion of our traditional territories decimated millions of original inhabitants and made thousands of peoples, cultures and languages ​​disappear. A genocide that is one of the most tragic calamities known in human history.

For the colonizers and their descendants, however, the death project was understood to be successful, where the assassins were rewarded for the occupation of our lands and territories. Since then, we have been victims of spoilage, depletion, destruction, violence, prejudice, discrimination, racism, in short, ethnocidal and genocidal policies and practices.

In all phases of Brazilian history, the indigenous policy, following the continuous process of capitalism’s metamorphosis, served to extinguish us physically or culturally, through assimilationism, and integrationism, of the expeditions to “hunt of indigenous”, forged wars, removals, the civil-military regime, the expulsion from our territories, persecutions, murders and massacres.

The Federal Constitution of 1988 put an end to this history written with the blood of our ancestors. After intense mobilizations and struggles by our peoples and leaders, Brazil’s main law has come to recognize that the country is diverse, multi-ethnic and multicultural, establishing our right to exist as parts of the State, with autonomy and maintaining our identity and our differences. The Constitution recognized, therefore, the indigenous peoples, our customs, languages, beliefs, traditions and the right to the lands that they traditionally occupy, which is an original, natural, congenital right, that is to say, of prior origin to the national state constitution. As a result of these recognitions, our peoples have earned the right to differentiated public policies, such as the ou lands demarcation and protection, indigenous school education and health care, through the subsystem currently managed by the Special Secretariat for Indigenous Health (SESAI) and the Special Indigenous Sanitary Districts (DSEIs).

The Brazilian State, its elites and successive rulers, however, have always treated us as obstacles to their projects of development, occupation and death. Hence, it can be understood why the State has never structured itself to fulfill and make the precepts constitutional a reality.

During the democratic life of Brazil, until the institutional rupture as a coup in 2016, we achieved some advances, always with a lot of struggle, such as: the demarcation of indigenous lands, participation in instances of deliberation and social control of the policies that concern us, having as maximum expression the National Commission for Indigenous Policy (CNPI); the creation of SESAI; the construction and promulgation of the National Policy for Territorial and Environmental Management of Indigenous Lands (PNGATI) and the impossibility of anti-indigenous legislative initiatives such as PEC 215 and the mining bill on indigenous lands.

With the election of the current president, Jair Bolsonaro, our indigenous peoples were once again targeted by a death project, which, as in the days of the European colonial invasion, is intended to usurp, drain and chase us away from our territories, in favor the empire of capital: agribusiness, mining, livestock, logging and so many other ways of destroying Mother Nature, with which we will run the risk of dying together, physically and / or culturally, since we are part of it.

The viruses that kill us!

We denounce the smear, intimidation and criminalization campaign promoted by members of the current government against our movement and our leaders. The neglect of this hate and racist policy practiced against our peoples is even more evident in this pandemic context.

The Federal Government is the main transmitting agent of Covid-19 among indigenous peoples. Without effective policies to face the pandemic, we affirm that the Bolsonaro government neglected its obligation to protect workers and users of the Indigenous Health Subsystem and, thus, favored the entry of the virus in several territories. We emphasize that it is the managing agency duty, the Special Secretariat for Indigenous Health (SESAI), to provide the appropriate inputs, training and protocols for the safety of workers and users.

With speeches laden with racism and hatred, Bolsonaro encourages violence against our communities and paralyzes the actions of the State that should promote assistance, protection and guarantees of rights. It tries to take advantage of the “opportunity” of this crisis to proceed with a series of decrees, ordinances, normative instructions, provisional measures and bills that attempt to legalize crimes and diminish the constitutional rights of indigenous peoples.

Bolsonaro’s genocidal policy during the Covid-19 pandemic is reinforced with repeated actions to deny the vaccine, which is the main weapon to fight the virus, and neglect in the immunization campaign management. The government’s determination to vaccinate only indigenous people living in homologated lands is another action of violence, as it excludes indigenous people who live in urban areas, repossessed and indigenous lands in the process of demarcation.

With this decision, obscurantism, ignorance and authoritarianism, which mark the hideous dictatorship of the Jair Bolsonaro government, translate into a death plan against the indigenous peoples of Brazil, since the immunization plan excludes 42.3% of a population estimated at 896,900 by the demographic census carried out by the IBGE in 2010. As if that were not enough, allied sectors, members of the government and Bolsonaro himself spread countless false information to indigenous communities that induced many indigenous people to reject the vaccine against Covid -19.

We decided not do die!

Faced with all this violent scenario that surrounds us and the many lives lost during the pandemic, we from the Articulation of Indigenous Peoples of Brazil (Apib), together with all our grassroots organizations, reinforce our commitment to fight for the lives of our peoples .

Throughout the pandemic, we reinvented our online mobilizations and renewed our strategies for fighting. We created the Indigenous Emergency plan to support sanitary barriers in hundreds of territories. We guarantee food security for more than 10,000 families. We distributed more than 300,000 health safety equipment, supporting indigenous health teams across the country. We achieved, in an unprecedented way, the recognition of the Supreme Federal Court, which admitted Apib as an entity that can bring direct actions in the Brazilian main court of justice and we won a victory with ADPF 709, which obliges the Federal Government to adopt measures to protect the Indigenous peoples.

The pandemic is not over and the violence remains intense, we need to be united and mobilized. In this sense, we at Apib, with our grassroots organizations, have called the 17th Camp Terra Livre 2021, to strengthen the struggle efforts of our Indigenous April.

After the worst month of March of our lives, we will bring the April of the greatest mobilization of our struggles! We saw more than 1000 of our people fall into the covid-19 pandemic, and we felt the pain of the loss of our old people. But we, indigenous peoples, also have the strength of our ancestors on our side.

Indigenous peoples, this is a call for our union. We need to be organized and mobilized for the vaccination of all indigenous people, for the guarantee of our fundamental rights, especially our territorial right brutally slaughtered by this neo-fascist government, and for the good life of our Mother Earth.

NEVER AGAIN A BRAZIL WITHOUT US! This is a statement that we strengthen year after year. We are in networks, villages, universities, cities, city halls, federal, state and municipal legislative chambers and we will continue to fight against racism and the violence that oppresses and kills.

In a sick world and facing a death project, our fight is still for life, against all the viruses that kill us!

For the life and historical continuity of our peoples, “Tell the people to move forward”.

Our fight is still for Life, not just the virus!

Articulation of the Indigenous Peoples of Brazil – APIB

APOINME – Articulation of Indigenous Peoples of the Northeast, Minas Gerais and Espírito Santo

SOUTHEAST ARPIN – Articulation of Indigenous Peoples of the Southeast

ARPINSUL – Articulation of the Indigenous Peoples of the South

COIAB – Coordination of Indigenous Organizations in the Brazilian Amazon