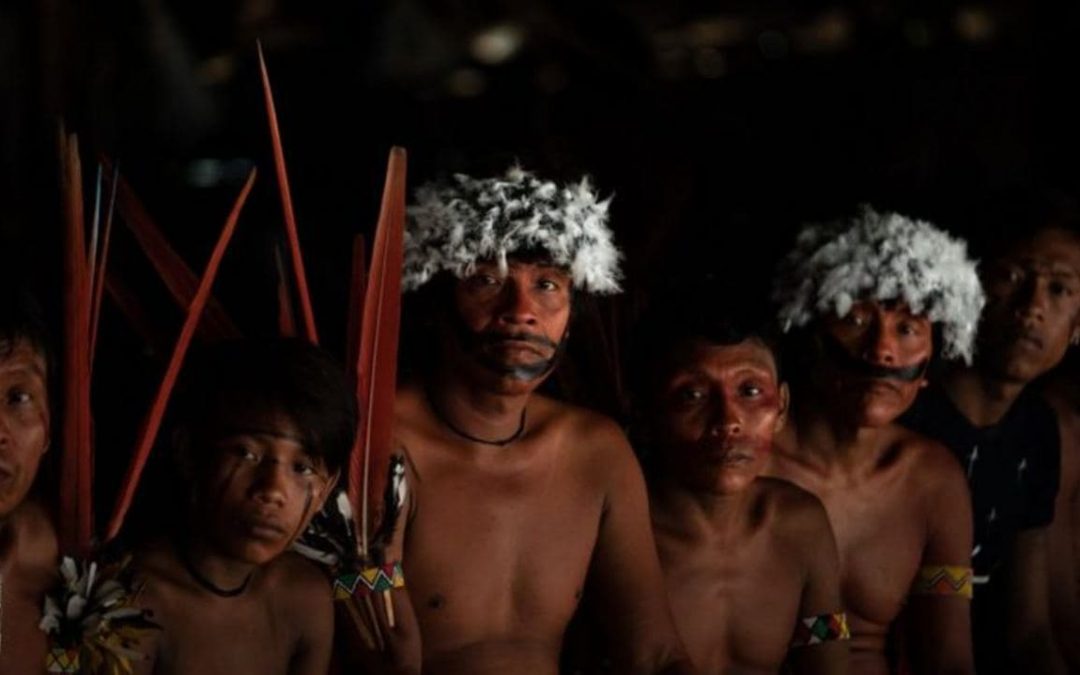 The Articulation of the Indigenous Peoples of Brazil (Apib) comes out to the public to express extreme indignation and concern at the escalation of violence committed by landgrabbers against indigenous communities in the Yanomami Indigenous Land, in Roraima, and the negligence with which the situation has been treated by the public authorities. We are facing the risk of another massacre.

To get a sense of the seriousness of the facts, since May 10, the Hutukara Yanomami Association reports a terror routine with intimidation and shooting attacks on the Palimiu community. The most recent occurred around 11 pm on Wednesday (12), when miners divided into 40 boats fired heavily on the village. Daily, miners travel the rivers of the region, whose control was taken by them, displaying and transporting ostentatious weaponry as a threat.

Unfortunately, there’s nothing new about the situation in the Yanomami Indigenous Land. The report “Massacres no campo”, by the Pastoral da Terra Commission, records attacks by landgrabbers against Yanomamis since the 1980s. In 1987, 7 indigenous people were murdered and 47 injured after the invasion of 150 landgrabbers in the Serra de Couto Magalhães. In April of the following year, 1988, 8 Yanomami were killed after fighting in the Paapiú region. In 1993, the village Haximu, on the border with Venezuela, was surprised by an attack by heavily armed miners, resulting in a bloody massacre that killed 5 children and 5 adults, including women and elderly. The novelty of this wave of attacks is evidence of the participation of criminal organizations linked to drug trafficking in gold mining activities, especially in regions with greater gold extraction.

Another form of violence committed is the conflicts caused by langrabbers between the Yanomami communities themselves. In 2013, an armed confrontation between Yanomami resulted in 5 indigenous people killed and 7 injured in the Alto Alegre region. At the time, there were reports that langrabbers were arming Yanomami in exchange for permission to illegally mine gold in the territory. Other attacks and threats in February and April this year had also been reported by the Hutukara Yanomami Association.

It is necessary to highlight that the langrabbers activity aggravates the impacts of the Covid-19 pandemic in the territory, since they are vectors of the disease, and its presence implies tension, conflicts and psychological damage. In addition, outbreaks of malaria, lack of health care and food insecurity weigh on the lives of communities in the Yanomami indigenous land. The landgrabbers took a strategic point on the Uraricoera and Parima rivers by assault, charging tolls and making it difficult for indigenous people to access and circulate within their territory.

Predatory exploitation of natural resources has always been a problem on our land. In the name of profit, they destroy, pollute, rape and kill the environment and native peoples. Public authorities should have taken steps to safeguard indigenous lives. However, today, we are forced to warn again about the imminent possibility of a new massacre.

Apib filed a request with the Federal Supreme Court, on May 11, through ADPF 709 to demand the removal of invaders from Yanomami indigenous land. The Brazilian State is aware of the worsening tensions and its choices will say what the institutions’ priorities are: to neglect the situation and, therefore, not to fight illegal mining or to protect the right to life of the indigenous peoples of the Yanomami Indigenous Land.

Thus, we sympathize and endorse the complaints made by the organizations Hutukara Yanomami Association and Wanassedume Ye’kwana Association. We reiterate that we will not rest while our peoples are under attack.

COIAB – Coordination of Indigenous Organizations in the Brazilian Amazon

APOINME – Articulation of Indigenous Peoples of the Northeast, Minas Gerais and Espírito Santo

SOUTHEAST ARPIN – Articulation of Indigenous Peoples in the Southeast

ARPINSUL – Articulation of Indigenous Peoples of the South