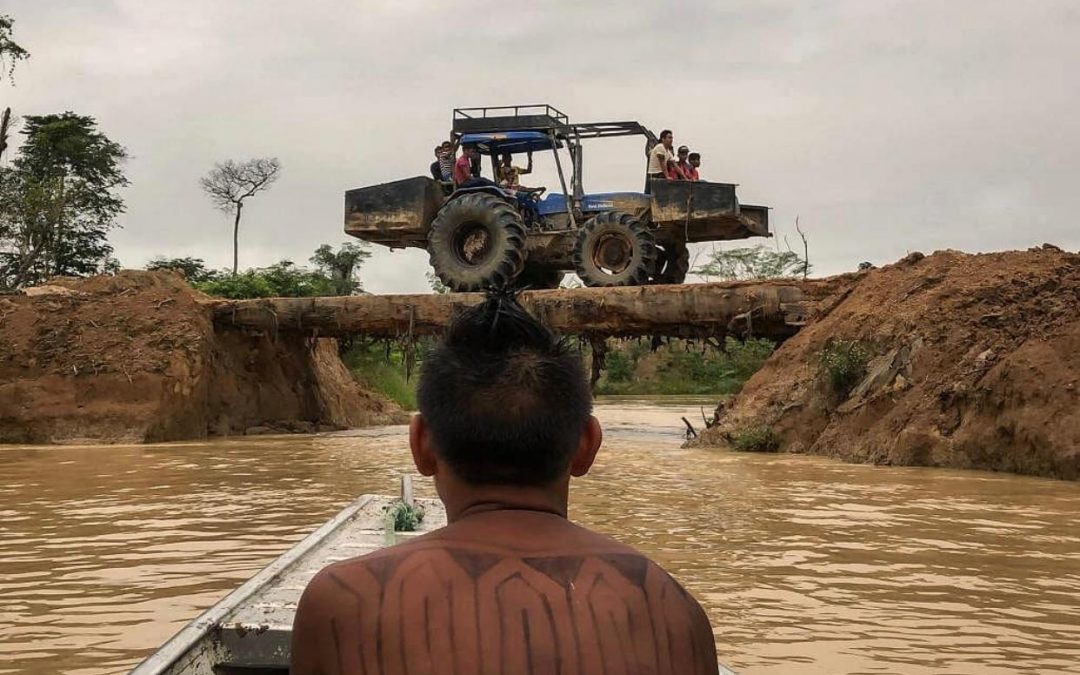 The Association of Brazil’s Indigenous Peoples (@apiboficial) and the Coordination of Indigenous Organizations in the Brazilian Amazon (@coiabamazonia) denounce a serious offensive underway this Wednesday (26th) against Indigenous leaders of the Munduruku Indigenous Territory. Illegal gold miners operating in the region are attacking with gunshots and burning houses in retaliation for a Federal Police operation in the region.

The presence of the National Forces in the region since Monday (24) does not inhibit the miners, who continue to commit acts of violence to threaten and intimidate leaders who are against illegal mining in indigenous territories Armed men, who displayed gallons of gas, invaded an indigenous village of the Munduruku people and set fire on Maria Leusa Munduruku house, coordinator of the Wakoborum Munduruku Women’s Association – the organization that has been attacked by miners on March.

There are suspicions that the attack was organized after the leak, on Tuesday (25), of a document by the Federal Police Crime Repression Service against Indigenous Communities for land grabbers who act in seven national forests and Indigenous territories in the Pará state.

Once again, Indigenous lives are threatened by mining and illegal miners in the Amazon. The terror routine is also repeated at Yanomami Territory, in Roraima, under intense attack since the beginning of May. Brazilian congresswoman Joenia Wapichana denounced the situation at the Munduruku Territory during a session of the Federal Chamber’s Human Rights and Minorities Commission.