We demand an end to the anti-indigenous agenda in Congress! 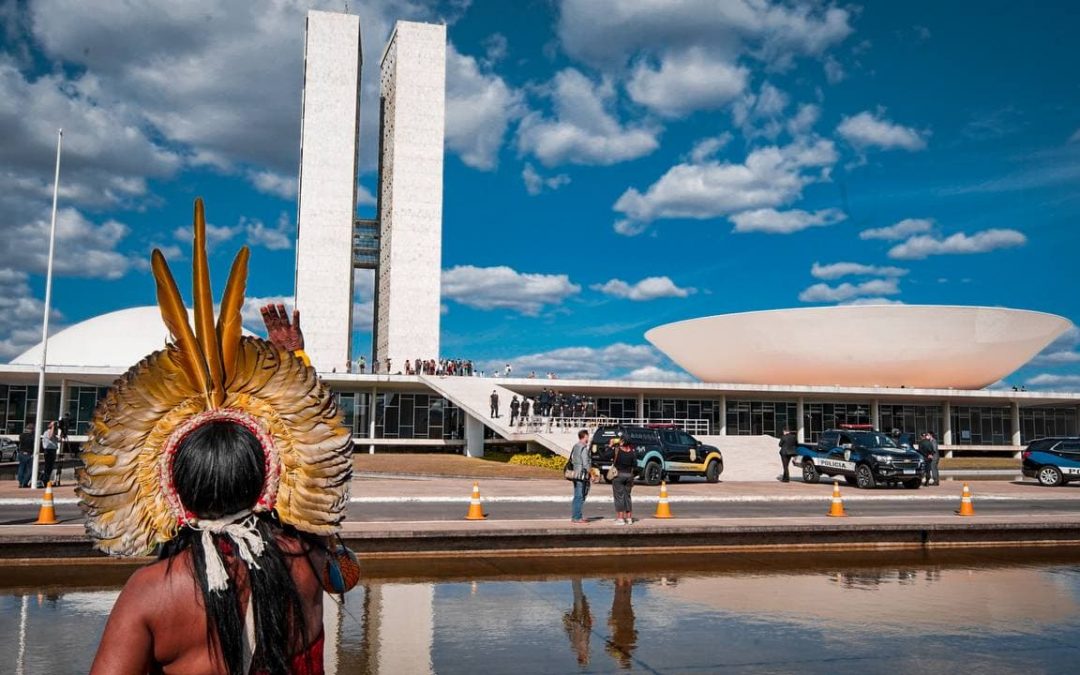 The Association of Indigenous Peoples of Brazil (APIB), along with all its fellow organizations, demands that Bill 490/2007 be definitively pulled from the voting agenda of the Commission of Constitution and Justice (CCJ) of the Chamber of Deputies.

In practical terms, this project represents a new genocide against Indigenous Peoples. The Bill is unconstitutional and could end the demarcation of Indigenous Lands in Brazil, allowing for the opening of territories for predatory exploitation. In addition to Bill 490, other anti-indigenous proposals that pose risks to the environment are on the agenda in Congress.

Indigenous lives matter, and in the midst of the Covid-19 pandemic, our lives have become the target of attacks, persecution and extermination. In this sense, we underscore the following demands:

These projects, which we have repeatedly denounced as genocidal and ecocidal, found in the Covid-19 pandemic the ideal excuse to “run the cattle herd” [changing all the rules and simplifying standards], which has led to a spike in violence and conflicts, including among relatives. These conflicts are inflamed by the Brazilian government leaders in the ongoing battle to defend and guarantee the respect for basic rights.

In a sick world, and faced with a project for extermination, our struggle is still for life, and against all the viruses that kill us!

For the life and historical continuity of our peoples, “Tell the people to move forward.”