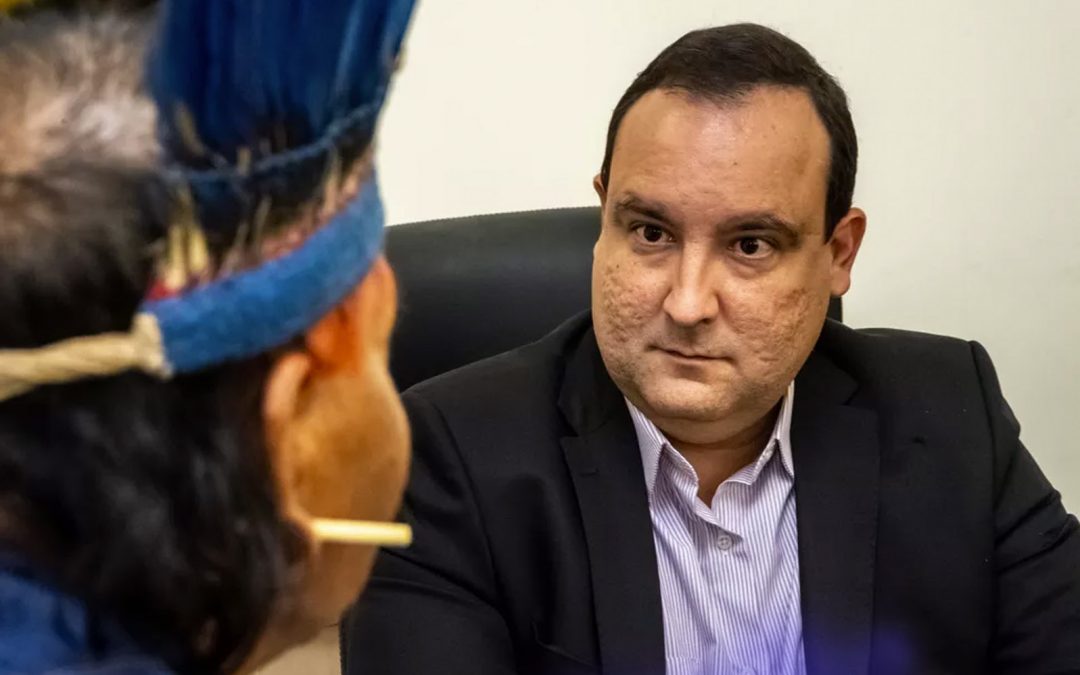 (FUNAI is the National Foundation responsible for developing public policies regarding indigenous peoples and territories. This institution should provide the appropriate conditions for a peaceful and fulfilling life for brazilian indigenous people, including safety and protection against any threat or violence)

We, indigenous peoples gathered at the Rise for the Earth Camp, in Brasília, have been mobilized for more than 10 days against the anti-indigenous agenda that is currently under appreciation by the Executive, Legislative and Judiciary Powers. This agenda includes legal innovations that  put all indigenous lives at risk.

Still under the restrictions of the pandemic, with most of us vaccinated – vaccination that only happened due to a lot of struggle from the indigenous movement, we brought together more than 1,000 indigenous people from all regions of Brazil to state: the police chief Marcelo Xavier is no longer the president for FUNAI!

This is the worst term in the Foundation’s history, which failed to fulfill the function of protecting and promoting the rights of indigenous peoples, in order to negotiate our lives and use them for the benefit of shady and private interests from agribusiness, illegal mining and so many other threats that put our existence at risk.

A police chief who has turned Funai into the “Foundation for the Indigenous People Intimidation”, an institution that is currently closer to a political police service, that persecutes and criminalizes indigeneous leaderships. It institutes anti-indigenous administrative acts, such as Normative Instruction No. 09 and others; negotiates measures in the National Congress, such as the position he expressed in favor of indigenous peoples’ enemies before the  National Assembly Commission for the Constitution and Justice (CCJ), bizarrely asking for the approval of 490 bill.

In practice, this bill terminates the policy of demarcating indigenous lands in the country, and still opens up the possibility of revising previously demarcated lands.