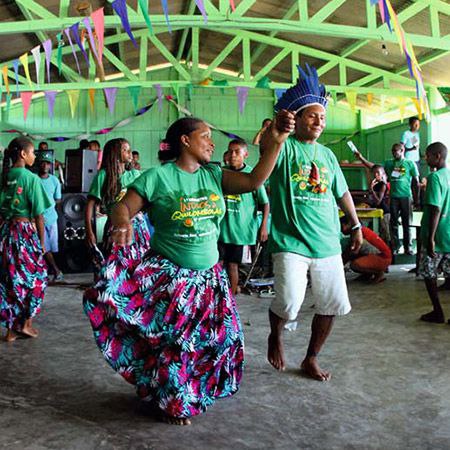 The framework for the protection of traditional peoples has been disregarded by the country. Late submission of government responses to inquiries from the international organization and organizations prevents the manifestation of the Committee of Experts

Brazil has systematically violated Convention 169 of the International Labor Organization (ILO), as social organizations denounced in a recent report. The report presented before ILO by the National Coordination of Rural Black Quilombola Communities (Conaq), and by the Coordination of Indigenous Peoples of Brazil (Apib), with the support from the Land of Rights and Central Única dos Trabalhadores (CUT), list a set of actions perpetrated by the Brazilian State that violate the main international legal instrument on the protection of the rights of indigenous peoples, quilombolas and other traditional peoples and communities.

The report emphasizes that the State’s failure to protect indigenous peoples, quilombolas and other traditional peoples in the face of Covid-19 particularly violates the rights of these traditional peoples, exposing them to a context of even worse vulnerability under the pandemic and its effects.

Similar complaints are part of actions filed by Apib and Conaq, in association with other institutions, before the Brazilian Supreme Court (STF). In judgments of both actions, the Ministers recognized the government’s omission and determined that the Brazilian State had to develop and implement urgent plans to fight the pandemic addressed to indigenous peoples and the quilombola population, as well as the inclusion of these groups as priorities for vaccination in the National Immunization Program. Several months after the decisions by the STF, Conaq, Apib and other organizations have repeatedly denounced the weaknesses in the implementation of these measures.

Fundamental in guaranteeing the rights of traditional peoples, quilombolas and indigenous peoples in Brazil, Convention 169 has guided parameters for several Brazilian norms and public policies since the ratification of the norm by the country, in 2002. Even after more than 15 years of validity in national territory, before the pandemic, Brazil was already violating the Convention, point out the organizations. The urgency of the denunciation at this moment, however, underline the organizations, is that the violations have been intensified in the last three years and the rights already assured have suffered significant retractions, especially during the Bolsonaro government.

As the legal advisor of Terra Direitos, Maira Moreira, highlights, “one of the most fundamental instruments for asserting the rights of indigenous peoples, quilombolas and other traditional peoples and communities is being successively and repeatedly violated by the Brazilian State, producing a situation of genocide of these peoples and communities, a slow and gradual genocide, in which all their material, cultural and social conditions are undermined, putting the existence of these peoples and communities under risk”. Since “[the Convention] was already being violated, but in the context of the pandemic, this violation was aggravated”, reiterates Apib’s lawyer, Eloy Terena.

No centimeter
The period of the recorded violations against the 169 Convention by the Brazilian State coincides with Jair Bolsonaro’s term as president. . Openly opposed to the rights of traditional peoples and communities, the president has already stated that in his government “there will not be a centimeter demarcated for an indigenous or for a quilombola land”.

It is not only the presidential declarations that go shoulder to shoulder with the denial and violation of the rights of these populations, but also the dismantling of the indigenous and quilombola policies established by the national government.

In the list of attacks against traditional territories, they are still the incursions by land grabbers, miners and ruralists. In 2020, among the 81,225 families who were victims of invasions in their territories, 58,327 were indigenous, according to a survey released by the Pastoral Land Commission (CPT). “The territories were completely at the mercy of these invaders. Their presence alone is a violation of the exclusive use of indigenous peoples over their territories, but in this pandemic, illegal incursions become a vector for the spread of the disease”, emphasizes Eloy.

The document sent by the organizations to the ILO also highlights the violation of the right to self-determination by the people, attacks on policies for these people, such as the extinction of the Secretariat for Continuing Education, Literacy, Diversity and Inclusion (Secadi), among other violations.

Legislative threats
The most expressive caucus in Congress, congressmen linked to the Parliamentary Front for Agriculture – a lobby supported by agribusiness associations and companies – account for 32 of the 81 seats in the Senate. In the Chamber, the 225 deputies affiliated to the front will represent 44% of the total votes (513) of the entire legislative house.

With this majority representation and no correspondence with the composition of the Brazilian population, the ruralists impose an agenda that enables the market to enter the territories. A singular example is PL 490/2007. The bill threatens the demarcation of indigenous lands, opens the doors of these territories to agricultural projects, hydroelectric plants, mining, roads and mining. In a scenario of intense police violence against indigenous people around the Chamber of Deputies and lack of dialogue with those who will be impacted by the measure, the PL was approved by the Chamber’s Constitution and Justice Commission (CCJ) on June 23rd.

The Draft Legislative Decree (PDL) No. 177/2021, on the other hand, seeks to directly violate Convention 169. Authored by federal deputy and member of the FPA, Alceu Moreira (MDB-RS), the bill filed in April this year aims to authorize the president to denounce ILO Convention 169, that is, if approved, the Legislative Decree would allow Bolsonaro to withdraw Brazil from the Convention, a procedure called “denouncement”, representing a huge setback to conquered rights. The legislative matter has already been distributed to the House commissions.