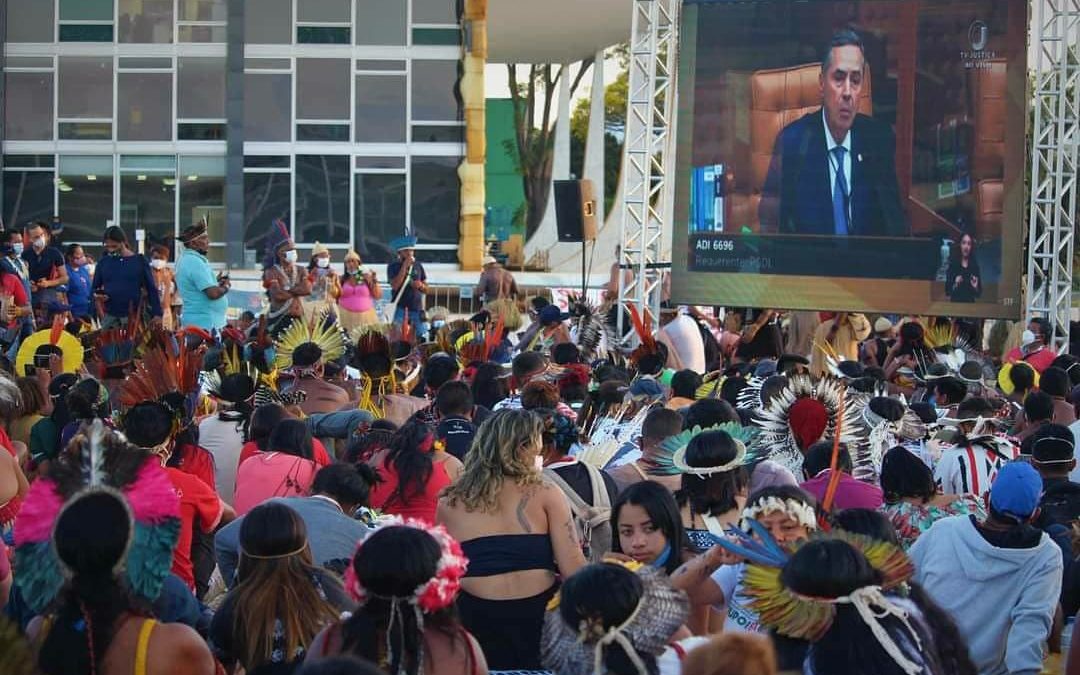 For the fourth time in two months, the STF does not judge a case that could define the future of indigenous peoples; the trial must begin on Thursday 26

The trial of the general repercussion on demarcations of indigenous lands, which was scheduled to enter the agenda of the Federal Supreme Court (STF), on Wednesday, 25, was postponed to tomorrow, Thursday, 26. This is the fourth time in two months that the process that can define the future of indigenous peoples has been put on the agenda and not judged by the Supreme Court.

The mobilisation of the indigenous peoples continues, with the expectation that the process will finally be voted on, that the STF reaffirm the constitutional rights of indigenous peoples and rule out any possibility of restriction or reversal of what was guaranteed by the Federal Constitution of 1988.

The approximately 6,000 indigenous people who have been in Brasilia, in the Struggle for Life camp, since 22 August, continue mobilising to follow the trial in the Supreme Court and protest against the anti-indigenous agenda in the National Congress and the federal government.

On June 11, the trial even began in virtual plenary session, but was suspended by a request for a “highlight” by Minister Alexandre de Moraes, one minute after it began. The trial was rescheduled for June 30, but the ministers did not get to start due to lack of time and was postponed to June 31. That same week, the analysis of the case was rescheduled by the president of the Court, Minister Luiz Fux, who included the tria in the agenda for 25 August.

Now, the forecast is that the process is voted on Thursday (26). The session begins at 2pm (Brasília time) and the Supreme Court will analyse the repossession action filed by the government of Santa Catarina against the Xokleng people, regarding the Ibirama-Laklãnõ IT, where the Guarani and Kaingang peoples also live. In 2019, the STF gave “general repercussion” status to the process, which means that the decision made in this case will serve as a guideline for the federal approach and all instances of Justice with regard to demarcation procedures.