Tarumã Declaration: Statement on the climate crisis by the Indigenous Peoples of the Brazilian Amazon 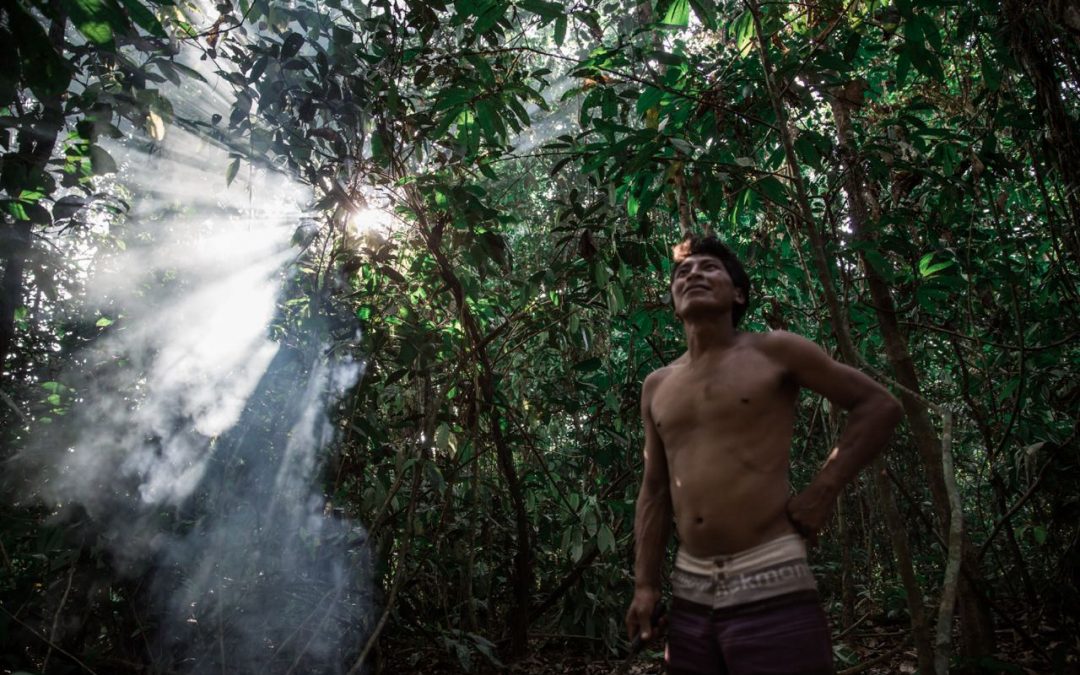 We, Indigenous Peoples of the Brazilian Amazon, have long observed climate change and its effects due to our relationship with the Mother Earth. From her, we receive all our sustenance needs in addition to the explanations for the phenomena that affects the lives of all living and cosmological beings.

In Brazil, climate crisis is directly related to the greed over Indigenous lands and the natural resources therein, coupled with the ongoing regression and rollback of Indigenous and environmental safeguards and rights. It is essential to think seriously about the need to respect the socio-biodiversity present in our territories, especially at this time that we are living in, in which a virus stopped the world and affected the routines of billions of people from all social classes and different cultures. However, the current government in Brazil is acting in lethal ways with anti-environment, anti-climate, and anti-Indigenous policies. Our territories, which belong to us by our Constitutional right, are being invaded by illegal miners and loggers; villages are surrounded by large-scale cattle and soybean farms; rivers are being contaminated with pesticides and mercury; and the Amazon rainforest is burning to ashes. Yet, governments and funds that operate internationally continue to finance this unbridled greed, this economy of destruction that kills and destroys lives and the planet.

Now more than ever, everyone needs to hear our call, that we Indigenous Peoples have been warning for centuries based on our traditional knowledge that guides our way of seeing and understanding the world. It is in this context that we once again call attention to the need to construct a climate justice that is inclusive and participatory with respect to our cosmologies, our safeguards, and our territories. It is necessary to go beyond the targets established in international agreements and begin to consider the vital role that we play in this process. All this in consideration of social and environmental responsibility.

We have now reached the tipping point. The recent report released by the Intergovernmental Panel on Climate Change, titled “Climate Change 2021: the Physical Science Basis,” clearly demonstrates that man-made changes to the climate are irrefutable, irreversible, and will worsen in the coming years and decades if we do not have practical actions to change the narrative of the climatic, environmental, and societal crisis. Likewise, even if we zeroed greenhouse gas emissions, we would already have had a significant increase in global temperatures with catastrophic effects.

There is no other way forward but to recognize, strengthen, and promote the very important role played by us, Indigenous Peoples, within our territories. For us, talking about climate justice is precisely thinking about the fate of the present and future generations, as well as those who have chosen different forms of social structures like the Indigenous Peoples in isolation or recent contact who live in the Amazon. This is related to the need of respecting diversity. Indigenous cosmology makes us understand the signs of Mother Earth, imposing the duty to recognize ecocide. The rivers, lakes, animals, forests, and all cosmological beings that live within are subjects of rights just like us human beings, and their rights must be respected. Therefore, when talking about climate crisis, it requires recognizing the important role of Indigenous lands, and our own, who give our lives to protect the forests and its biodiversity, in balancing the climate and benefiting all Humanity.

Yet, there exists a practical solution that we Indigenous Peoples have been pointing out. That is, demarcating our territories, shifting the production system, planting more trees, ending reliance on fossil fuels, and reducing the pressure on the Earth’s natural resources. This must be a commitment from everyone, including governments, the private sector, and individual people.

Protected territories and respected rights are the solution. We cannot let ourselves be seduced by the idea of carbon markets, false solutions based only on nature and financing mechanisms that is not consistent with our reality. Rather, we offer alternatives based on our traditional knowledge, which can be associated with technological innovations. For example, agricultural practices must be linked to food security. Therefore, we call attention to the joint responsibility of all stakeholders involved. Corporations and governments are responsible for the destruction in the Brazilian Amazon; however, criticism alone is not enough. Now more than ever, much more is needed to adopt measures to safeguard ecological interests.

It is urgent and essential to strengthen Indigenous funds and financing mechanisms that correspond to our reality,as the Brazilian Amazon Indigenous Fund – Podaali. Such resources should promote the implementation of Indigenous Peoples’ life plans in addition to socio-environmental policies. Nonetheless, none of these efforts will have an effect until all Indigenous lands are demarcated, 80% of the Amazon biome is protected, and all stakeholders have committed to ambitious and achievable goals. In this way, it becomes clear that it is necessary to change the entire current political and economic system.

The struggle of Indigenous Peoples is a global one!