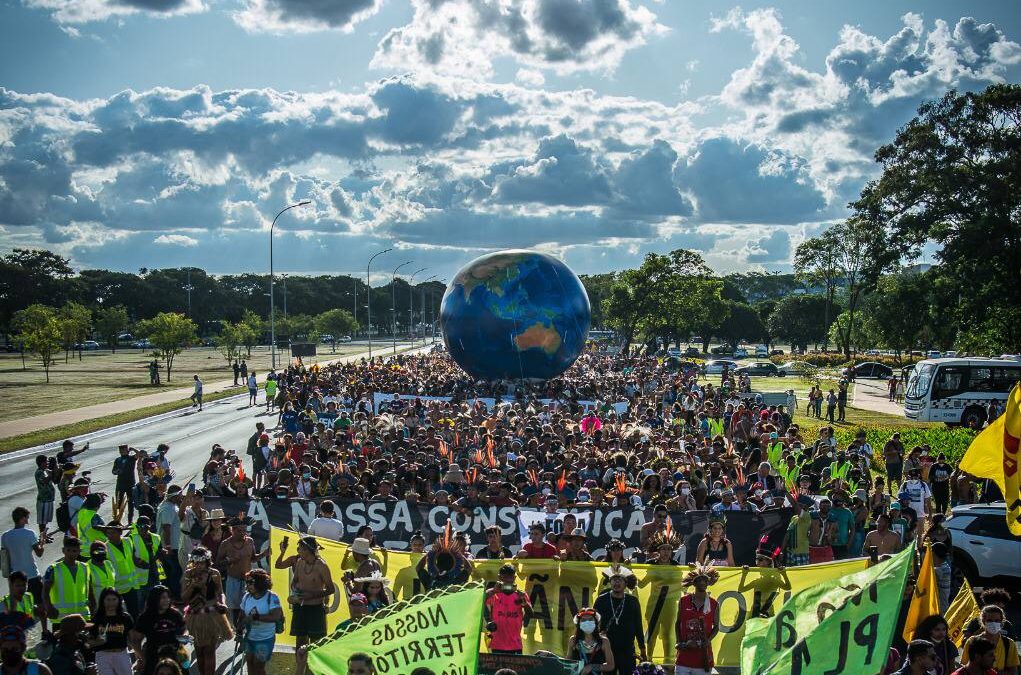 More than 7 thousand indigenous people, from 200 peoples of Brazil, marched for the demarcation of territories and against the anti-indigenous agenda of the Brazilian government; the march was part of the ATL 2022 programme 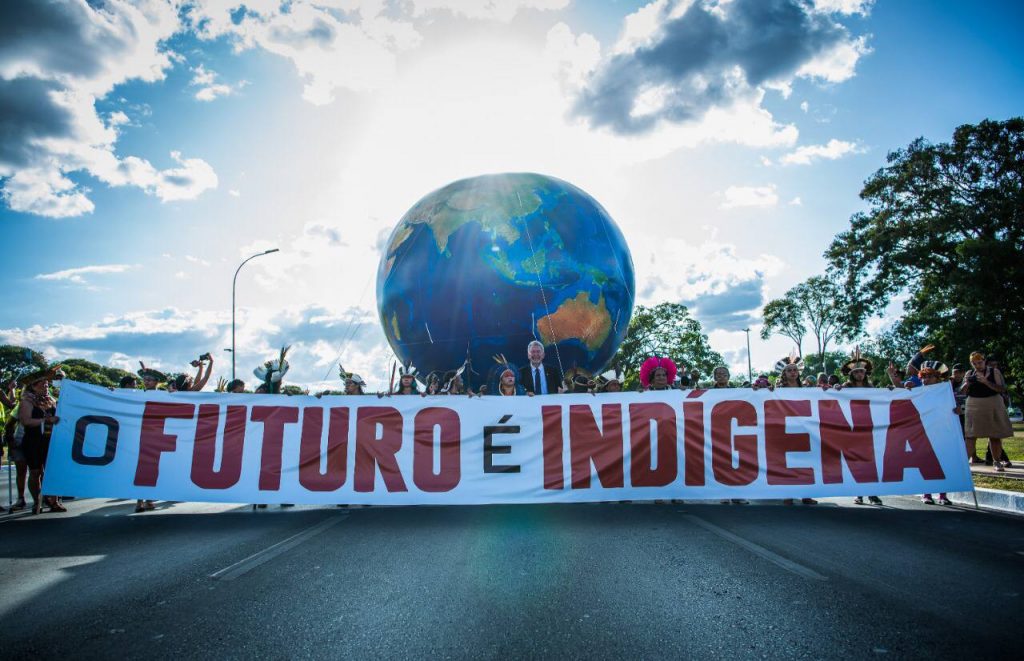 The strength of the indigenous peoples took over the streets of the federal capital on the afternoon of Wednesday (6): with banners and chants, more than 7 thousand indigenous people from 200 peoples from all regions of the country marched in defense of the demarcation of territories and against the anti-indigenous agenda of the Brazilian government. The march was part of the programme of the 18th Free Land Camp (Acampamento Terra Livre – ATL) 2022, located outside the Funarte Cultural Complex, on the Monumental Axis in Brasilia.

During the mobilization, leaders spoke from a sound car and stressed the importance of arriving in Brasilia this week to fight for the indigenous cause. 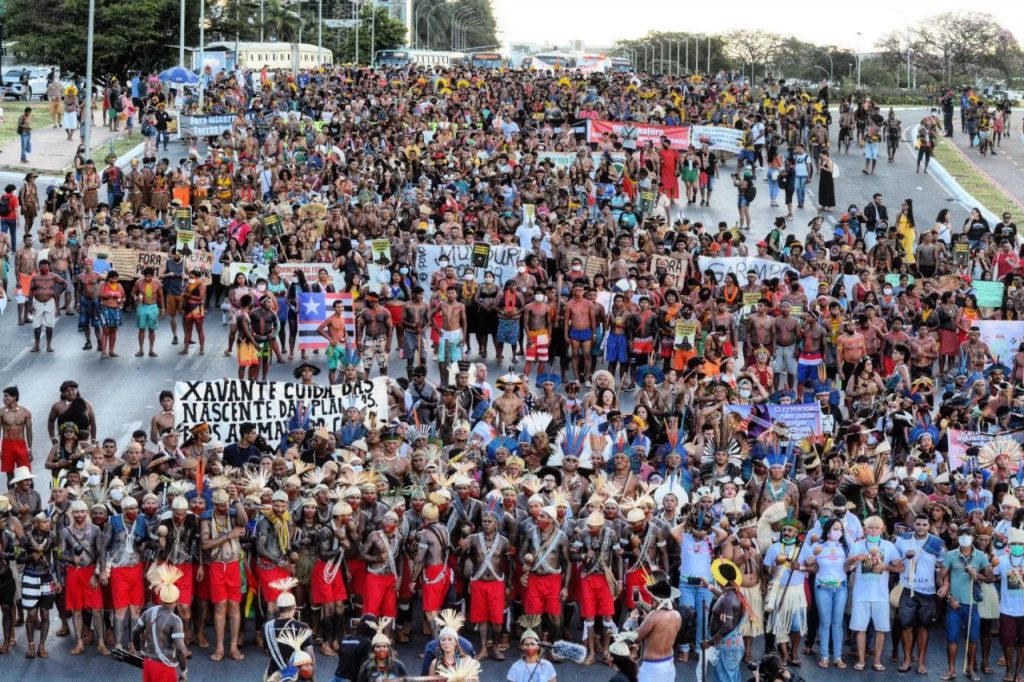 Samuel Gavião spoke about his struggle, as a student, to win the rights protected by the 1988 Federal Constitution. “We are studying to seek our right, what is ours. We have to fight. Our relatives trust us and put us forward to fight alongside them, to return to our lands. We will not give up. We will fight with strength, we are not a minority, we are many. We will fight until the end, while we are alive”, he said.

Also present at the march, Agnaldo Francisco, Pataxó Hã-Hã-Hãe leader and general coordinator of the United Movement of Indigenous Peoples and Organizations of Bahia (Mupoiba), commented on the first march of ATL 2022, named “Demarcation Now”.

“This act today [6] is very important to show Brazilian society that people will not be able to live without the demarcation of our territories, because if the territory is not demarcated, a project of death will be implemented. Death not only for us [indigenous peoples], but for all Brazilians, for the whole planet. The demarcation of our territory means the preservation of the environment, it means preserving and reducing the depletion of the ozone layer”, explained the Mupoiba coordinator.

Considered the largest indigenous mobilization in Brazil, the camp takes place at the same time that the National Congress and the government are voting on projects that violate the rights of indigenous peoples.

The mobilisation is organised by the Articulation of the Indigenous Peoples of Brazil (Apib), which returns to Brasília this year with the theme ‘Retaking Brazil: Demarcate the Territories and Indigenize thePolitics’. The ATL closes on April 14.

On the first day of the camp, Sônia Guajajara, executive coordinator of Apib, said during a press conference that the peoples are preparing to return in June to the capital, when the Federal Supreme Court (STF) will judge the Milestone Thesis. This trial will define the future of indigenous land demarcations in Brazil.

Apib highlights that the Milestone Thesis restricts the right of communities to the lands they traditionally occupy and is repudiated by indigenous peoples, who point to the thesis as unconstitutional.

In 2019, the STF recognised the general repercussion of Extraordinary Appeal (RE) 1.017.365, a case that discusses a repossession suit filed against the Xokleng people in Santa Catarina. This means that the decision taken in this trial will have consequences for all the indigenous lands and Peoples in Brazil.