We demand swift action by the Brazilian government in the search for Bruno Pereira and the journalist Dom Phillips. 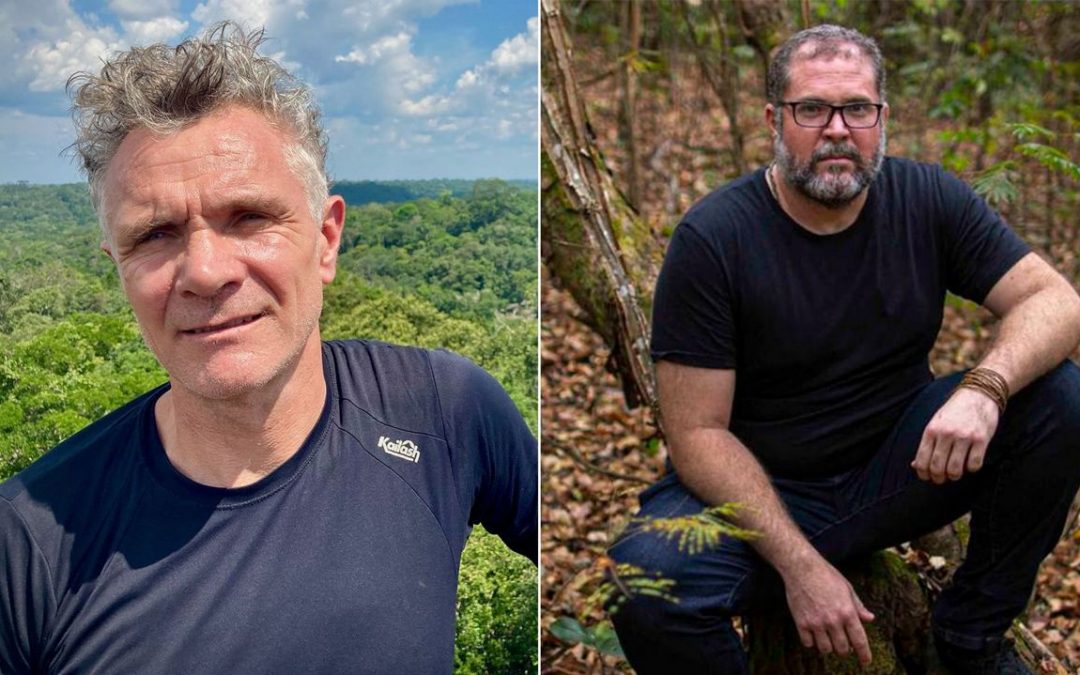 The Union of Indigenous Peoples of the Javari Valley (UNIVAJA), the Observatory for Human Rights of Isolated and Recently Contacted Indigenous Peoples (OPI) and the Coordination of Indigenous Organizations of the Brazilian Amazon (COIAB) inform the public that the expert on Indigenous issues Bruno Pereira and the British journalist Dom Phillips have been missing since Sunday morning, June 5th. They were traveling in a small boat from the community of São Rafael to the city of Atalaia do Norte on the Itaquaí river, a tributary of the Javari river, in the State of Amazonas.

Throughout the day on Monday, June 6, the UNIVAJA Patrol Team contacted and solicited action from institutions that operate in this frontier region in order to expand the search effort that the Indigenous team began conducting Sunday, June 5. Their searches during this period failed to locate the two missing men. The Army’s Solimões Border Command/8th Jungle Infantry, the Tabatinga Fluvial Captaincy, the Tabatinga Federal Police, the 8th Battalion of the Military Police and the Federal Public Prosecutor of Tabatinga were all called upon.

With the exception of 6 military police officers and a team from FUNAI (the federal National Indian Foundation), who joined searches with UNIVAJA yesterday (Monday, June 6), the federal agencies mentioned and the armed forces have so far been absent from the search effort. A request to deploy 25 personnel has not been acted upon by the Brazilian Army. The Federal Police sent just a single agent to Atalaia do Norte with officials from the Navy yesterday. We underscore that no task force has been constituted for search operations.

UNIVAJA and the federal Public Defender (DPU) resorted to the Federal Justice System (petition number 1004249-82.2018.4.01.3200) requesting: “a) The Federal government facilitate the use of helicopters by the Federal Police, be they from the Security Forces or the Armed Forces, in light of the fact that at the present moment there are no helicopters, which are essential, supporting the search; b) expansion of the search teams; c) expansion of the number of boats.” The UNIVAJA petition was made due to the need for both aerial and ground-level searching. We underscore that in this region there are Army border troops available. Up until the present moment there are ample Army troops stationed in the area. So far, however, the number of agents made available is miniscule in relation to the urgency to locating Pereira and Phillips.

All day on June 6, UNIVAJA’s requests had the support of members of Congress and the Senate. The Indigenous Caucus presented an official letter to the Ministry of Justice and Public Safety, the national Directorate of the Federal Police and the Superintendent of the Federal Police in Manaus. The offices of Senators Randolfe Rodrigues (REDE) and Jaques Wagner (PT/BA), the minority leadership of the Chamber of Deputies, reiterated the requests to the Ministry of Justice to deploy additional personnel to the search.

On the afternoon of June 6, the Amazon Military Command (CMA) published a note informing the public that it was capable of a “humanitarian search and rescue mission” but that action would only be taken with authorization from the “higher ranks” of the military. Given that the military’s Amazon authorities are expressly endowed with the logistical capacity, infrastructure, operational abilities, and capabilities for immediate intervention, we are perplexed by the delay, hesitation and slow pace of the “higher ranks” in implementing search-and-rescue procedures.

This morning the Special Press Office of the External Relations Ministry (Itamaraty) published a note stating that “the Federal Police Department is engaging in that region and taking all measures to locate them as quickly as possible. The Federal Police made multiple trips collaborating with the Brazilian Navy, which joined the effort to find the two citizens.” This information from the Brazilian government is not true. As of yesterday, the Navy had not initiated any search activities and only a single Federal Police officer had been sent to the area in question.

The principal facts available at this time are that the Civil Police detained two of the main suspects for questioning on Monday evening. They are fishermen identified only by their nicknames, “Churrasco” and “Jâneo.” The two were taken to Atalaia do Norte to provide information to the police. According to the Indigenous organization, the two suspects were released after the intervention of the municipal government of Atalaia do Norte. There is information that a third suspect, known as “Pelado,” is at large in the forest, in the region of the river communities of São Rafael and São Gabriel.

Faced with chaotic situation, UNIVAJA called all relevant institutions to a situation room this morning, June 7, in Atalaia do Norte. The only representatives of government were the six military police agents previously mentioned.
Today the search continues. Groups comprised of UNIVAJA Patrol Teams (EVU) and the Military Police are searching for the two missing men, as well as the suspect reported to be hiding in the forest.

The region where these events are occurring is the stage for serious conflicts and a climate of violence in which loggers, illegal fishermen, and international drug traffickers operate in and around the Javari Valley Indigenous Territory, encouraged by the negligence of the public entities responsible for protection of monitoring of Indigenous lands. This scenario demands an organized, well-coordinated intervention by public safety forces, in close dialogue and cooperation with the local Indigenous organizations, which have led the search effort and investigation from the moment Bruno Pereira and Dom Phillips’ absence became apparent.

These events had a tragic precedent in 2019 when the FUNAI contractor Maxciel Pereira dos Santos, of the Javari Valley’s Enthoenvironmental Protection Front, was brutally assassinated by gunmen in Tabatinga. The sense of impunity has grown as Maxciel’s murder, perpetrated, as far as we can determine, by invaders of the Indigenous territory, has remained officially unsolved. The FUNAI protection base on the Ituí river, close to the location of the current incident, has also come under attack, with eight episodes of armed violence against FUNAI agents and the Indigenous personnel working at the base. These and additional incidents have been systematically reported to the authorities by Indigenous organizations, including an action brought by the Articulation of Indigenous Peoples of Brazil in the Supreme Federal Tribunal under the ADPF number 709.

Given this panorama, the need for immediate investigation and a swift search are of the utmost urgency. Every hour that passes decreases the possibilities that the two missing men will be rescued, while cementing the reign of increasingly confident criminals in a land made lawless by an absent State.

Yesterday information circulated about the limitations of the security forces to obtain, among other resources, helicopters to provide the needed support to search operations. This support to river-based teams is essential given the geographic conditions of the region. The armed forces and public safety apparatus should not spare the effort needed to guarantee basic rights, which are endangered in the current conditions that prevail in the Javari Valley.

In this region, violent invasion of Indigenous and other federal lands and repression of the free press threaten the practice of journalism and the very lives of public servants doing their constitutional duties. Given this drastic fracturing of our democracy’s foundations, the effective and swift intervention of the Brazilian government to locate the expert Bruno Araújo Pereira and British journalist Dom Phillips is of the utmost urgency.

We are watching, yet again, as the Bolsonaro government abandons its responsibilities amid escalating violence against Indigenous peoples and defenders of human rights in Brazil. UNIVAJA, the Indigenous movement, and their allies, by contrast are sparing no effort, working constantly in the area of the incident to find our friends Bruno and Dom.