Justice Minister Osmar Serraglio has a side: is ruralist and declared anti-indigenous 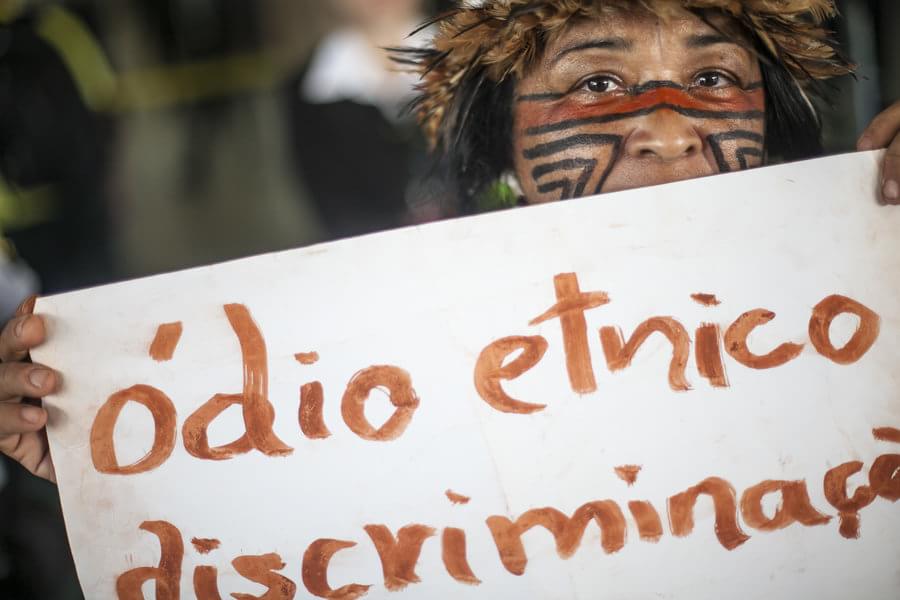 The Justice Minister declarations, the ruralist Osmar Serraglio, sworn in on the last 7th day, and published by Folha de São Paulo today, 3/10, demonstrate which side he is. His initial State Justice minister speeches give sequence to his notorious ignorance about indigenous peoples history, identity, culture and cosmovision and reaffirm his traditional vision and parliamentary practices that doesn’t respect this peoples, prejudiced and racist, and declared agro-business causes defender, as demonstrated by being reporter of PEC 215/00.

On the attempt to unqualify indigenous people originary and permanent territorial rights, recognized by constitutional letter of 1988, he affirms that the involved in countryside conflicts should stop arguing about lands, because they “do not fill anyone’s belly” and the indigenous just need “good life conditions”.

That is, the justice minister want the indigenous people to calm down, stop claim and cry out for respect of their land sacred right, trampled secularly by successive generations of invaders including Serraglio, for which the land only has one purpose: give profit at any cost, even though that implies destruction and death, of territories and peoples, of common assets, knowledges and millennial wisdom. At the end, to the old colonizers and new colonizers, remains to offer to the extermination survivors the faith to integrate integrating their world – capitalism -, without what is fundamental to their existence: the land and mother nature, that is far from being just a production mean, an external reality to be win and destroyed to achieve the goals of accumulation, profit, enrichment and consumption to exhaustion.

“Good life conditions” to the indigenous people, Mr. Minister, will ever come without the guarantee of living in peace and free on their territories, with sustainability dignified conditions, that presuppose to overcome the archaic thought of tutelary policies, assistencialism, paternalistic and authoritarian on which the State taken by the economic elite, from which you belong, have treated the indigenous people, robbing them the land and the exclusive usufruct right guaranteed by the Federal Constitution, based on juridic arguments and fallacious speeches, parliamentary and judiciary maneuvers, including the use of force.

To pacify the countryside crisis is enough that you order to unarm the militias and the agro-business farmers that murdered indigenous leaderships Brazil beyond, and keep the Magna Carta that 29 years ago determined that the Union demarcate the indigenous lands in five years.