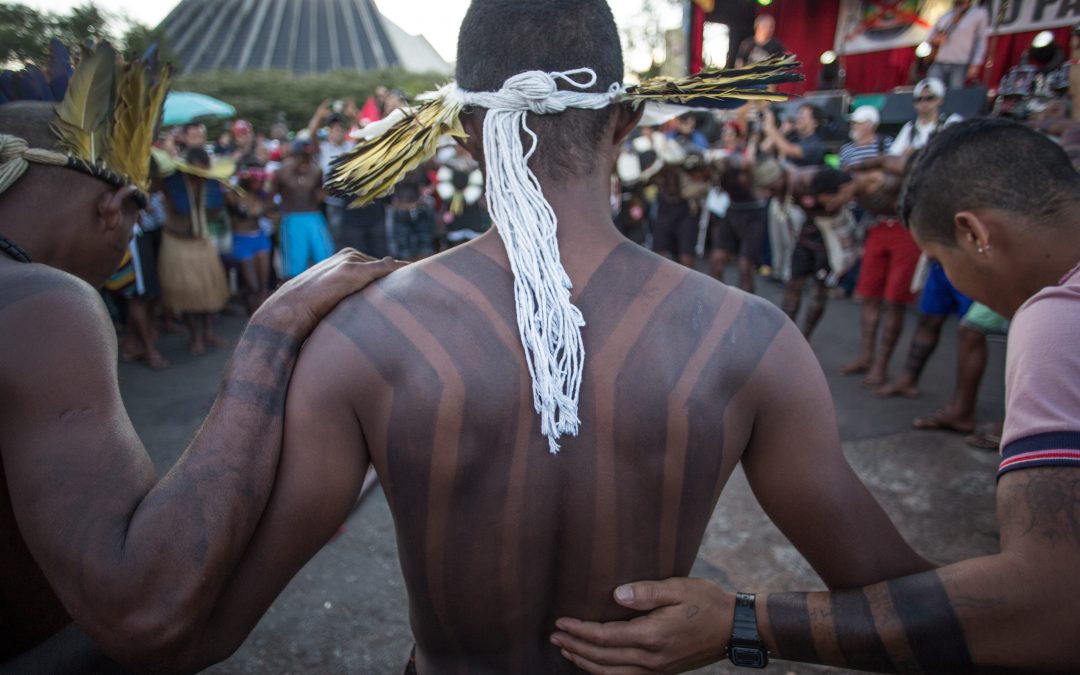 In middle of the largest attack to the indigenous rights in the last 30 years, Acampamento Terra Livre (Free Land Camp) starts this Monday (23), with 3 thousand indigenous in Brasilia

Brasilia, April 20, 2018 – With the theme “Unify the fights in defense of Indigenous Brazil – For the assurance of the originary rights of our peoples”, the 15th edition of Acampamento Terra Livre (Free Land Camp / ATL) will begin next monday (23), in Memorial dos Povos Indígenas, Brasilia (DF). This year, is planned the participation of at least 3 thousand indigenous of over a hundred Peoples of the five regions of the country.

Biggest mobilization of originary people of Brazil, the ATL is inserted at the Indigenous National Mobilization (MNI) week, and it happens in a context of amplified offensive over the originary peoples rights and the growth of violence at all territories. Focused on territorial right, the camp main claim is the recapture of Indigenous Lands (TIs) demarcation and the revocation of the Opinion 001/2017 from the Union General-Attorney (AGU), officialized by president Michel Temer and that, in practice, makes demarcation procedures impossible.

Temer has the worst performance on demarcations amongst the presidents since 1985. He didn’t signed any of the TIs homologation decrees. He let it go blank April 19th, Indigenous Day, when, in general, the government’s sign TIs ordinances and decrees.

“Never, as in the past 30 years, has the Brazilian State opted for a completely adverse relationship with the rights of indigenous peoples. Michel Temer’s illegitimate government took an open anti-indigenous policy putting to an end indigenous lands demarcation and protection, leading to the invasion of these lands by private and governmental enterprises”, says the National Mobilization Call. The ruralist political stand and the Judiciary also have been acting hardly in the meaning of make the indigenous vulnerable.

Historically, the ATL week is the period when the the indigenous peoples pressure the Three Powers to the maintenance and effectiveness of their constitutional rights and the international legislations, such as Convention 169 of International Labor Organization (ILO).

With closure on the 27th, the program provides plenaries, debates, audiences with parliamentarians and the Executive, Legislative and Judiciary representants. Traditionally, during the event protests happend, such as traditional rituals and diverse cultural manifestations.

ATL is made by Brazil Indigenous Peoples Articulation (Apib) and counts with the support of indigenous and indigenist organizations.