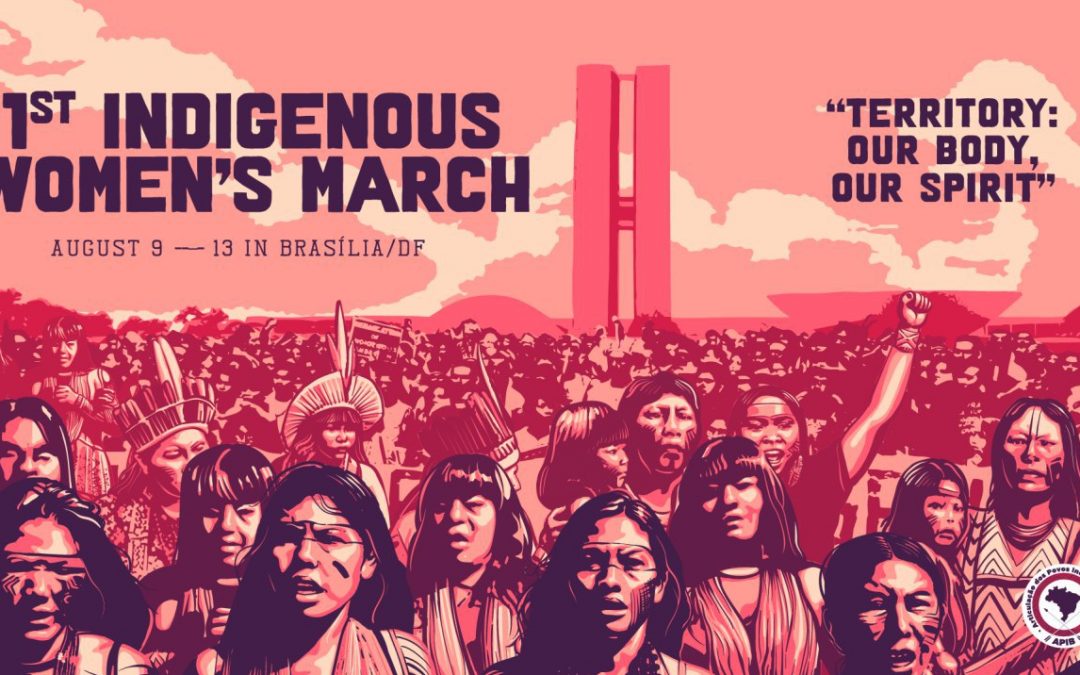 From August 9 to 13, there will be the 1st Indigenous Women’s March, which will bring together 2,000 women from the most different peoples, from all over Brazil.

With the theme “Territory: our body, our spirit”, the objective is to give visibility to the actions of indigenous women, discussing issues inherent to their diverse realities, recognizing and strengthening their protagonism and capacities in the defense and guarantee of human rights, in especially the care for the mother earth, the territory, the body and the spirit.

The Indigenous Women’s March will be much more than the literalness of the name suggests. The proposal is to hold a large gathering of indigenous women called ‘National Forum of Indigenous Women’, which will discuss issues raised during the women’s plenary in Free Land Camp 2019. The violations of indigenous rights that in the current political situation are spreading throughout Brazil demand an immediate reaction, especially since women are the most impacted by agribusiness, climate change, machismo and by racism.

Aiming unity and visibility, the idea is that the Indigenous Women’s March will join the Daisy’s March in August 13th, an act that will bring together 100 thousand women from the countryside and the forest, in a great national demonstration for women’s rights and protagonism, from a new vision of sustainable development and social justice.

In addition, on August 9, the International Day of Indigenous Peoples is celebrated, a very significant date that will also be reinforced in the Forum.