COIAB note against attacks on the Wajãpi people 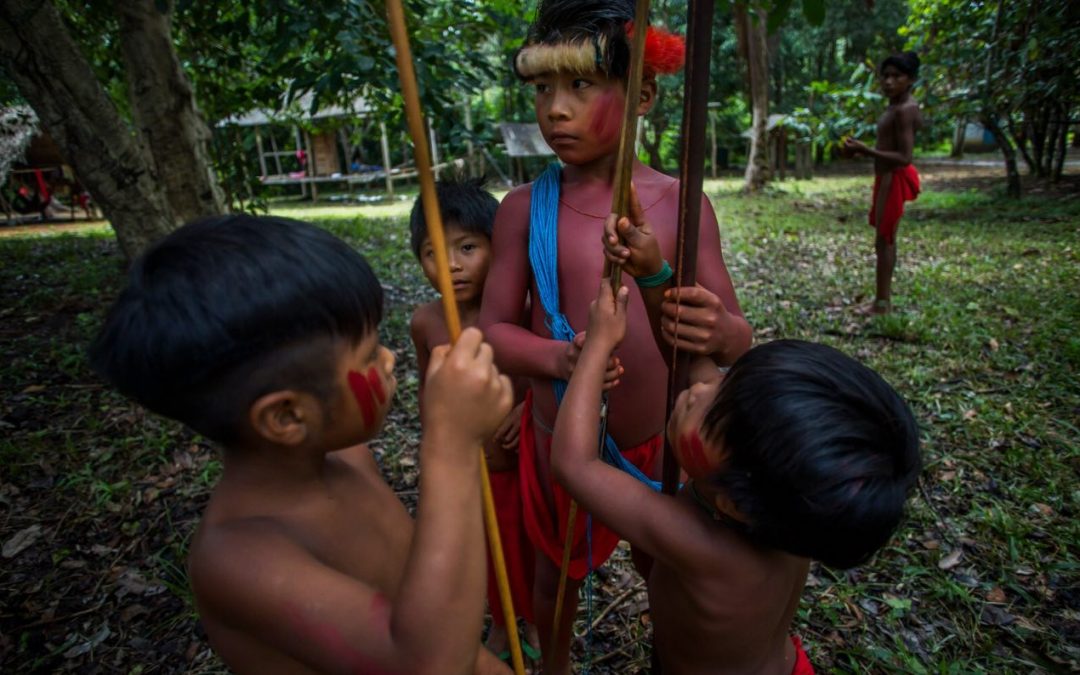 UNITE TO ORGANIZE, STRENGTHEN TO CONQUEST!
COIAB NOTE AGAINST ATTACKS ON THE WAIÃPI PEOPLE.

The Coordination of Indigenous Organizations of the Brazilian Amazon – COIAB, together with its state, regional and local grassroots organizations, mainly together with the APOIANP (Articulation of the Indigenous Peoples and Organizations of Amapá and Northern Pará), come out to publicly express their full solidarity and support for the Waiãpi indigenous people given the recent events of gold miners’ invasion in their territory. Meanwhile, we are expressing our deep and vehement repudiation against this kind of action and which has been intensified, mainly fomented by the intransigent, irresponsible, authoritarian, prejudiced, arrogant and disrespectful declarations of the present government, especially of the Republic President Jair Bolsonaro , with the attacks he has been making against indigenous peoples’ rights in this country, especially against territorial rights already guaranteed in indigenous lands, completely demarcated and regularized in the 1989’s Federal Constitution, and which this government has been constantly trying to back down.

Indigenous peoples who inhabited this country at the time of Brazil’s invasion and who lived free in all its length, today must occupy territories delimited under the juridical figure of indigenous lands, which should at least guarantee adequate conditions for the survival and maintenance of indigenous peoples’ forms of society and culture. However, there are numerous threats to the full enjoyment of already demarcated and approved lands and even greater are the invasions of these territories. These problems have been faced by indigenous peoples since the sixteenth century, when the European invasion and geopolitical occupation of our territory, mainly motivated by economic projects unrelated to the needs and desires of the original peoples in that century. The invasion for prospection in the indigenous territories, mainly in Amazon, has been happening without any state control and despite the impact in indigenous communities. The Yanomami case is an example where thousands of gold miners, since the 1980s, have been invading their lands, located on the Brazil-Venezuela border, leaving a trail of death and destruction that still haunts that region to this day.

This week’s case in the Waiãpi Indigenous Land of the invasion of gold miners in their already demarcated and approved territory since the 1990s, as well as several other recent cases, are scenes already seen for a long time as well recently. We can emphatically attribute and associate these new attacks on indigenous territories, whether for prospection, logging, land grabbing or any other kind of illicit act in indigenous territories, to the greatest enemy of indigenous peoples today, the President of the Republic Jair Messias Bolsonaro and his anti-indigenous ministers and allies, which they systematically come since the time of his campaign until now in his 7 months of government, attacking indigenous peoples, criminalizing indigenous leaders and organizations legitimately representative of these peoples, co-opting and playing indigenous against indigenous peoples and trying at any cost to usurp social and territorial rights guaranteed to the indigenous population; arming the enemies of the indigenous peoples at the base and intensifying the conflict in the territories – all with the unique and exclusive goal of privileging the historical invaders of the indigenous lands, their political allies and the enemies of indigenous peoples, for the illegal exploitation of our lands, with the old discourse of “social and economic development of the country”.

We emphasize our obstinacy in remaining firm in the fight for the defense of rights of indigenous peoples through our indigenous organizations and leaders from our base in the Brazilian Amazon, emphasizing that we are willing to face everything and everyone in the defense of our territories, reinforcing here all our support to the Waiãpi indigenous people, their organizations’ local representatives and APOIANP, stressing all our necessary support to face this situation and demand from the municipal state and federal public authorities the immediate intervention in this situation, aiming to guarantee Waiãpi people’s and territory’s safety, avoiding further aggravation and conflict in the region.