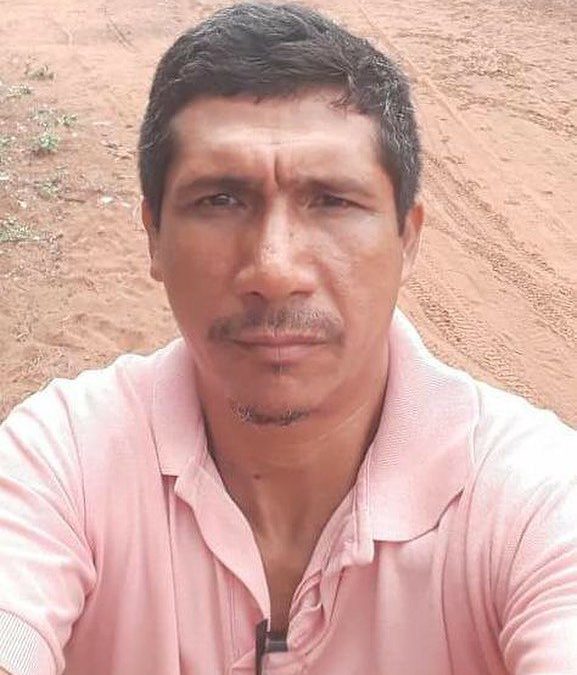 Maranhão, March 31, 2020 – Our indigenous blood continues to be spilled! Zezico Guajajara was murdered and we of the Association of the Indigenous Peoples of Brazil – APIB demand justice! His body was found on Tuesday (31) on the access road to the Arariboia Indigenous Territory, near his village Zutiwa, in the municipality of Arame, Maranhão state.

Zezico Rodrigues is the fifth indigenous Guajajara murdered in the past four months. A great leader, he was known for being a combative and courageous person in the fight for the rights of indigenous peoples and for his own Guajajara people, as well. Zezico was a teacher and director of the Indigenous School Education Center of Azuru, in the Zutiwa village, and was recently elected coordinator of COCALITIA (Commission of Chiefs and Indigenous Leaders of Araribóia Indigenous Territory).

Crime is upon us whilst our efforts are turned the protection of indigenous peoples from the grave risks of the Covid-19 pandemic in Brazil. This fact at hand highlights the worsening on violence and vulnerability of indigenous peoples have been facing, especially the leaders who fight to defend their territories against invaders and constantly denounce the violations committed against their people and the forest.

It is regrettable that the National Indigenous Foundation – Funai, recklessly, had released information that aims to relate the murder of Zezico with internal conflicts of the Guajajara people. We strongly reject this publication, which shows disregard for the history of threats and vilifies Zezico’s memory.

We demand that the Brazilian Federal Police put forth a serious investigation and that this brutal murder in the Araribóia Territory be elucidated. We from APIB show solidarity with Zezico’s family and friends, and with all the Guajajara people in this moment of mourning. We will keep on fighting so that no one more drop of indigenous blood is spilled! #JusticeForZezico