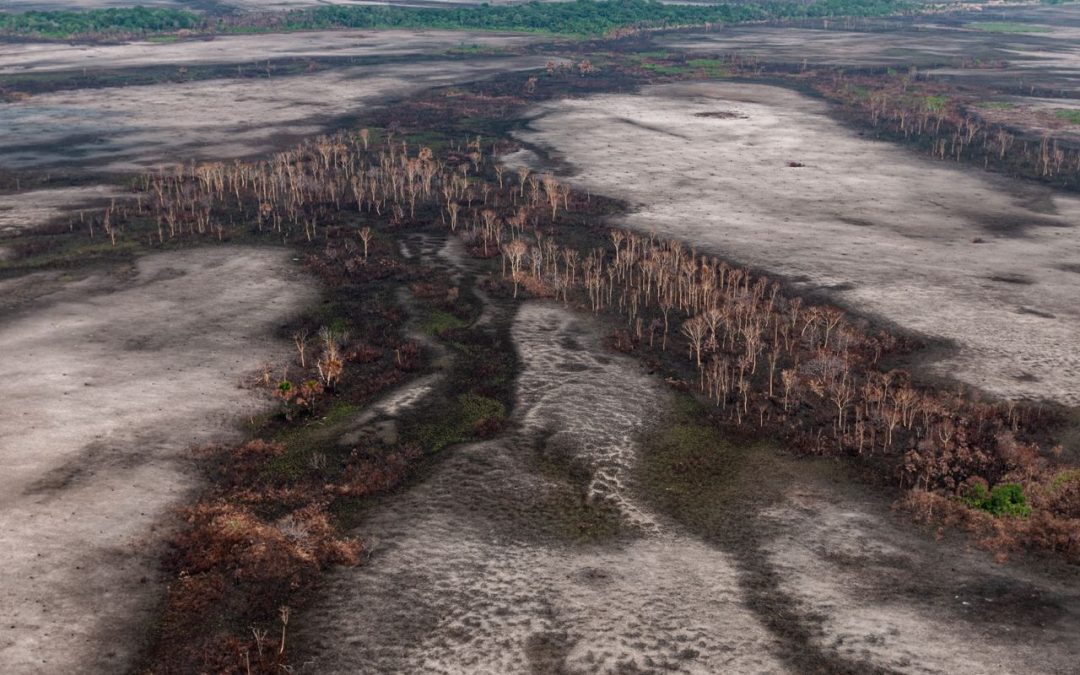 Brasília, Brazil – Today, the Association of Brazil’s Indigenous Peoples (APIB) sent an open letter to BlackRock CEO Larry Fink, calling on the asset management firm to adopt a comprehensive Forests and Indigenous Rights policy. The letter comes days before the expected release of Fink’s annual letter, in which he often announces policy changes at the companies BlackRock invests in, and will announce a recent pledge from BlackRock to further clarify its approach to deforestation.

BlackRock is the world’s largest investor in deforestation-risk commodities, including in the Amazon. Recent research from Amazon Watch and APIB found that BlackRock is one of the world’s top investors in companies complicit in Indigenous rights abuses in the Brazilian Amazon, including Vale, JBS, Anglo American, Cargill, and more. Previous research published in 2019 by APIB and Amazon Watch demonstrated that BlackRock is a top investor in companies complicit in illegal deforestation activities in the Brazilian Amazon.

“BlackRock’s investments have an impact on our lives and our communities, and you, therefore, have a responsibility for our future. And if the Amazon is destroyed, the future of the entire planet is at risk,” wrote Luz Eloy Terena, part of APIB’s Legal Coordinator and a member of the Terena people, in the letter.

BlackRock has hinted it will take new steps on deforestation and biodiversity in 2021 but has provided no indication that it plans to address Indigenous rights. Studies show that Indigenous lands are crucial to protecting the world’s remaining intact forestland and halting global temperature rise. Protected areas in the Brazilian Amazon inhabited by forest peoples include Indigenous territories, extractive reserves (a type of sustainable use protected area in Brazil), and Sustainable Development Reserves that comprise up to 128.5 million hectares — an area equivalent to three times the size of the state of California. These protected areas store 56 percent of the total carbon stock in the Brazilian Amazon; preserving these protected areas is critical to achieving the goals of the Paris Climate Agreement.

“BlackRock has begun to take some climate action, but no climate action is complete without addressing deforestation, and no deforestation action is complete without safeguarding Indigenous rights. BlackRock must use its market power to actively push for companies to decarbonize, as science makes clear is necessary, and to end the large-scale Indigenous rights abuses associated with the fossil fuel and forest-risk commodity industries,” said Moira Birss, Climate and Finance Director at Amazon Watch.

As outlined in the letter, APIB’s Eloy Terena addressed CEO Larry Fink at BlackRock’s annual meeting of shareholders in May 2019 asking BlackRock to account for BlackRock’s impacts on Indigenous rights abuses and forest destruction in Brazil. Months later, the Brazilian Amazon was set ablaze by criminal arsonists, emboldened by Bolsonaro, and enabled by financially complicit institutions such as BlackRock. After APIB’s Executive Coordinator, Sônia Guajajara, wrote a letter to BlackRock in October 2019, BlackRock staff agreed then to meet with APIB Indigenous leaders. Although a call happened in December 2019, BlackRock staff never followed through with a scheduled in-person meeting for March 2020, despite APIB’s efforts to accommodate a virtual meeting noting new restrictions due to the pandemic.

In July 2020, Amazon Watch, Friends of the Earth U.S., and the BlackRock’s Big Problem campaign issued a set of baseline principles for any asset manager forests policy. Both those principles and APIB’s letter make clear that, at a minimum, any attempt by BlackRock or other asset managers to address deforestation among portfolio companies must include the following: