The devastating and irreparable death of Aruká Juma 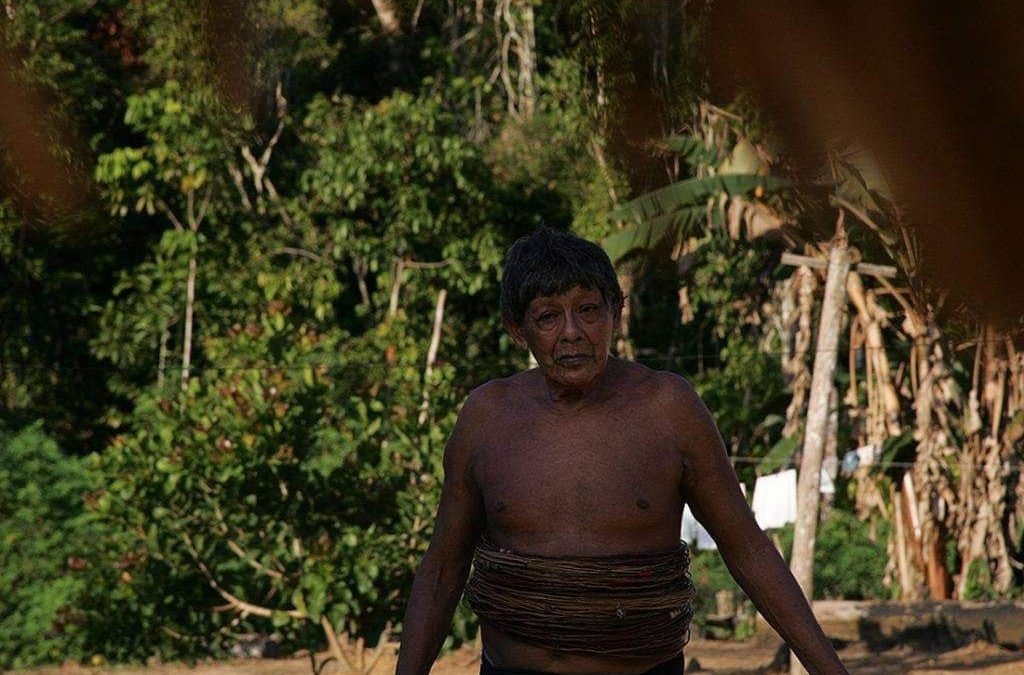 The death of the last man of the Juma indigenous people, the warrior Amoim Aruká, by complications from Covid-19, is heartbreaking. The Juma people have suffered numerous massacres throughout their history. From 15,000 people at the beginning of the 20th century, it was reduced to five people in 2002. A proven, but never punished, genocide that led its people almost to complete extermination. The last massacre took place in 1964 on the Aswan River, in the Purus River basin, perpetrated by Tapauá city’s traders interested in the sorghum and chestnut in the Juma territory. In the massacre more than 60 people were murdered, only seven survived. Members of the extermination group hired by the merchants reported shooting at the Juma people as if they were shooting at monkeys. The indigenous bodies were seen by other traditional people (ribeirinhos) in the region after the massacre, serving as food for wild pigs and countless decapitated heads scattered on the forest floor. The mastermind of the crime, aware of what had happened, boasted that he was responsible for ridding “Tapauá city out of these ferocious beasts”. This story must never be forgotten.

Aruká, one of the survivors, continued his resistance struggle, seeing his people verging on disappearance. He fought for the demarcation of the Juma territory, which was only approved in 2004, the Juma Indigenous Land (TI). The Juma survivors, despite the risk of disappearance, saw their people grow again in the 2000s, through marriages with indigenous Uru Eu Wau Wau, indigenous people also of Tupi-Kagwahiva language branch.

Because they are subject to an immense vulnerability and risk of disappearance, the Juma people are considered to be of recent contact and are among the indigenous ethnical groups to be protected by Sanitary Barriers, whose installation was determined by the Supreme Federal Court at the request of indigenous peoples, representatives of the Coordination of the Indigenous Organizations of the Brazilian Amazon (COIAB), through the Articulation of the Indigenous Peoples of Brazil (APIB), in the Statement of Noncompliance with Fundamental Precept No. 709 (ADPF 709). The request was made in July 2020 and Minister Luís Roberto Barroso accepted. However, given the difficulties alleged by the Bolsonaro government, the minister gave the deadline until September 2020 for the Barriers in the Juma indigenous land to be installed. In August 2020, the Bolsonaro government said it would build the Barrier on the Assuã River, at REBIO Tufari, outside Juma land, it would be a Sanitary Barrier composed of the Military Police and Special Indigenous Health District (DSEI)-Humaitá. However, in December of the same year, he stated that he would make only one access control post on the BR 230 – Transamazônica Highway, but did not prove its effective functioning.

Whether the access post worked or not, as representatives of COIAB and APIB had been charging for months in the Situation Rooms with the Bolsonaro Government, it no longer matters for Aruká. What is known is that he is now dead. Sadly, it is through their dead that indigenous peoples prove their appeals. COIAB and APIB warned that indigenous people of recent contact were at extreme risk. The last surviving man of the Juma people is dead. Again, the Brazilian government proved to be criminally silent and incompetent. The government murdered Aruká. Just as he murdered his ancestors, it is a devastating and irreparable indigenous and humanitarian loss.