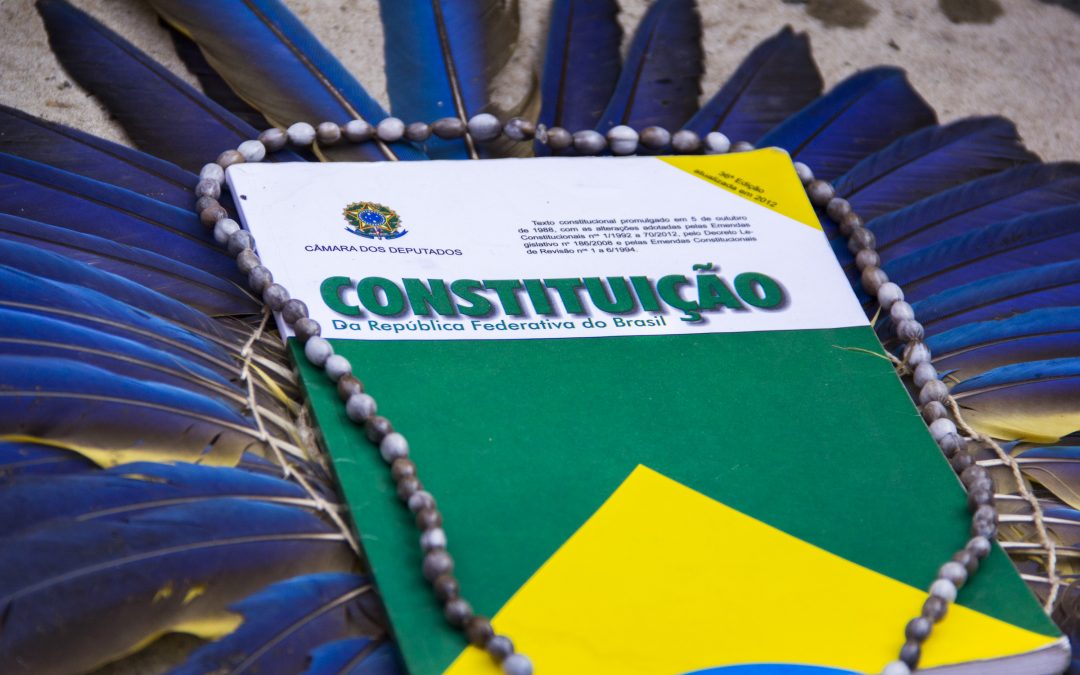 The Articulation of Indigenous Peoples of Brazil (Apib) filed a report yesterday, 5, at the Inter-American Commission on Human Rights (IACHR) and at the Federal Supreme Court (STF) about the Federal Government’s political persecutions against Apib and Sonia Guajajara, one of the executive coordinators of the organization.

On April 26, during the month of the largest indigenous mobilization in Brazil and in the week following the Climate Summit meeting, the Federal Police (PF) summoned Sonia to testify in an open police investigation by the National Indian Foundation (Funai). The governmental agency, whose institutional mission is to protect and promote the rights of the peoples of Brazil, accuses Apib of defaming the Federal Government with the web series “Maracá” (http://bit.ly/SerieMaraca), which denounces right violations committed against indigenous peoples in the context of the Covid-19 pandemic.

“We alert the Inter-American Commission on Human Rights to the escalation of authoritarianism underway in Brazil. The democratic environment is at risk. In no republican and democratic state can the state apparatus be used under the discretion of its rulers. The free expression of thought and freedom of expression, supported by constitutional, conventional and legal principles, cannot be criminalized ”, reinforces Apib’s legal coordinator, Luiz Eloy Terena, in the report sent to the IACHR.

All violations of rights against indigenous peoples during the Covid-19 pandemic exposed by Apib in the Maracá series were presented to the STF in 2020, in the Fundamental Precept Failure Statement (ADPF) No. 709. On that occasion, the main court of the country acknowledged the complaints presented and determined that the Federal Government should adopt measures to protect the indigenous peoples. So far, the STF’s decision has been partially accepted by the government.

“The inquiry opened by the PF is a clear attempt to limit freedom to be critical, whether against the government or against its political agents, even if this is also part of the Democratic Rule of Law and that matters of public and social interest are under the tutelage of the constitutional cloak of the right to information ”, reinforced Eloy Terena in an excerpt from the complaint presented to the STF minister Roberto Barroso, who is the rapporteur for ADPF 709.

On the same day of the denunciations made to the STF and IACHR, the Federal Court of the Federal District determined last night (5), at the request of Apib, to close the investigation opened by the Federal Police. Apib filed a lawsuit on May 3 to annul the investigation, which is an action of political persecution.

“It is also worth mentioning that the clear mention in FUNAI’s letter about alleged slanderous conduct against the President of the Republic suggests that the whole situation narrated has the main purpose of silencing political manifestations disclosed by an entity that stands against the present Federal Government”, federal judge Frederico Botelho argued in his decision.