Before the UN, Apib and Cimi denounce anti-indigenous measures and question the Brazilian government 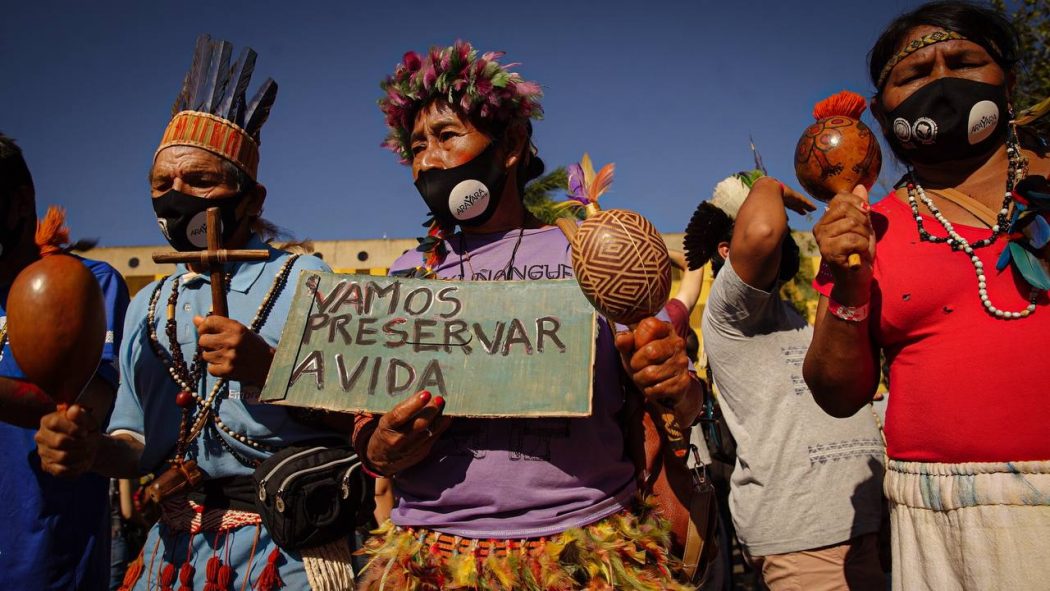 The appeal was made in the same week Brazil was mentioned due risk of atrocity against indigenous peoples; Brazilian government tried to present a counter-argument, denied by the UN organism

In a joint statement during the 14th Session of the UN Mechanism of Experts on the Rights of Indigenous Peoples (EMRIP), the Articulation of Indigenous People from Brazil (Apib) and the Indigenous Missionary Council (Cimi) denounced this Wednesday (14) measures adopted by the Brazilian government and by the National Congress that attack the rights of indigenous peoples in Brazil, such as 490 Bill, which in practice makes unfeasible new demarcations of indigenous lands, and the thesis of the temporal framework.

Arantes, speaking on behalf of both organizations, highlighted the seriousness of the temporal frame and of the more than 30 other bills pending in the Brazilian Congress that violate the right of free determination from native peoples. The 490 Bill, recently approved by the Commission for the Constitution and Justice (CCJ) from the Chamber of Deputies, was highlighted as one of the main threats to indigenous rights today.

“The time frame is disastrous because it will leave an incalculable mark of exclusion and marginalization over peoples who have not yet had their territories demarcated or who have been expelled from their traditional territories”, said Paulo.
The organizations also denounced the Brazilian government’s anti-indigenous agenda, which led the UN Special Advisor for the Prevention of Genocide, Wairimu Nderitu, to express an unprecedented concern with the situation of indigenous peoples in Brazil.

“President Bolsonaro has a clearly anti-indigenous agenda, which led the UN advisor for the prevention of genocide to include Brazil in the World Atrocity Map”, said the advisor, on behalf of Apib and Cimi.

Reply denied
After the joint statement, the representative from Brazilian government asked for “the right to reply”, due to the fact that the country was mentioned. The response was denied by the EMRIP secretariat, who replied that Governments have no right to respond before the mechanism. “The members of the EMRIP are the only members of the mechanism and all others are observers,” explained the secretary.