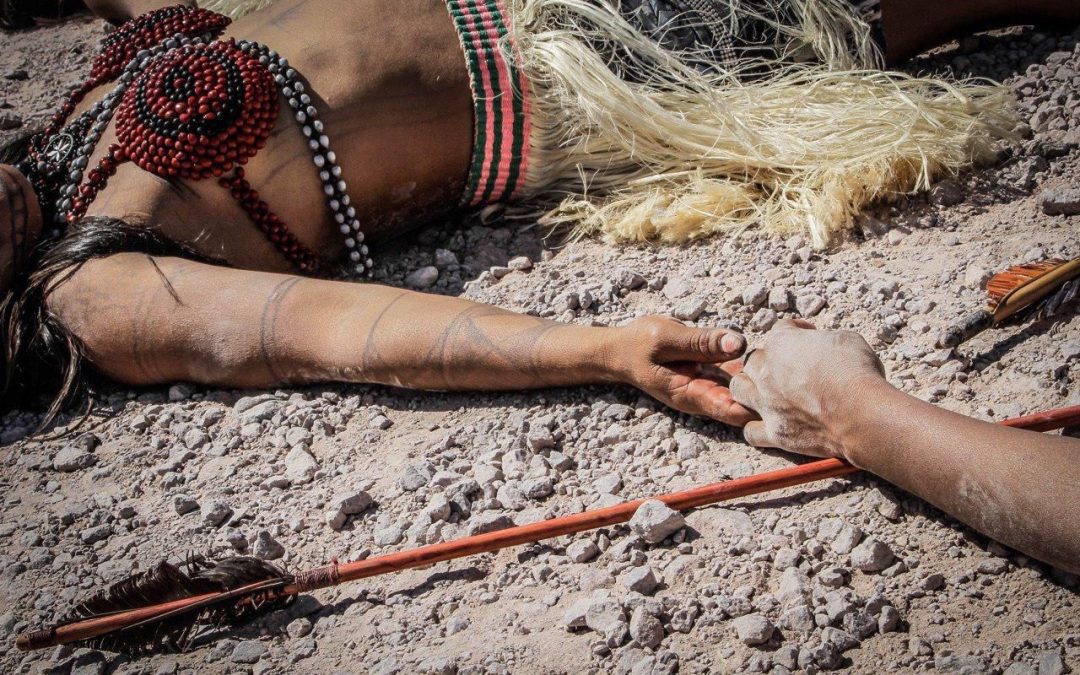 BRASÍLIA, August 16, 2021 – The Articulation of Indigenous Peoples of Brazil (Apib) launches today (16) its International Complaints Dossier. The document brings together a series of data and information that demonstrate that Bolsonaro selected indigenous peoples as enemies of his government, and turned his hate speeches into state policy. The document also relates Bolsonaro’s actions and omissions with the increase in cases of violence and conflict in indigenous territories.

The initiative is part of Apib’s strategy to expand international knowledge about the emergency situation experienced by Indigenous Peoples in Brazil. Last week, the Articulation filed a complaint in the International Criminal Court in The Hague, calling for the investigation of Bolsonaro for crimes of genocide and ecocide. Now, the dossier presents a perspective of broad analysis, to expose to the world the anti-indigenist agenda that is advancing in Brazil.

As an excerpt from the Dossier, the agenda of violence against peoples is “orchestrated with the direct participation of the Executive Branch, fastly advances in the National Congress and rounds up decisions that pass through the hands of the ministers of the Brazilian Supreme Court, the Federal Supreme Court (STF), and also by other instances of the Judiciary.”

The document will be released at an online event, which starts at 12:00 pm (Brasilia time), with the participation of Sônia Guajajara and Dinamam Tuxá, from APIB’s executive coordination, Eloy Terena, coordinator of the institution’s legal department. Ana Patté, from the Xokleng people of Santa Catarina, also participates in the event to report the trajectory of conflicts in the Ibirama-Laklãnõ Indigenous Land, whose case will be analyzed by the Supreme Court on August 25 and has a “general repercussion” character, which makes this an impactful decision for the future of Indigenous Lands demarcation in Brazil.